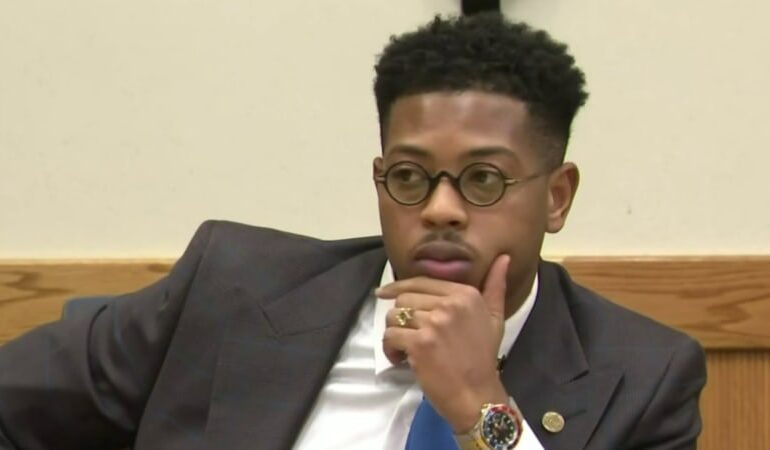 The incident occurred in April when Jones had driven his vehicle into a ditch on I-96 in Livingston County and had a blood alcohol content of 0.17 percent, more than the legal limit of 0.08 percent.

Following his arrest in April, Jones was in court in June, July and the beginning of September for violating his bond because his alcohol tether, which he had to pay for, at one point had been shut off due to nonpayment and had read alcohol content when Jones was not supposed to be consuming alcohol.

On Sept. 14, Jones was charged with two felonies after prosecutors alleged that he brought a handcuff key into the Livingston County jail following his hearing for his third bond violation.

Jones was charged with one count of bringing a weapon into a jail and one count of escape while awaiting a felony trial. He had pleaded guilty to his third bond violation and was handcuffed and transported directly to jail after Livingston County Judge Michael Hatty revoked his bond.

Jones appeared in court again on Feb. 17 and pleaded guilty to resisting and obstructing police, operating a vehicle while intoxicated, possessing a weapon while intoxicated, reckless driving and escape from lawful custody. In exchange for the guilty plea, the resisting arrest and DUI charges were dropped.

The deal also allows Jones to reduce his felony charges to dismissals if he completes a youth sentencing program.

He’s due to be sentenced on March 17. It’s not expected that he will have to resign from office.

After making the plea deal, Jones posted two apology letters to his Instagram page that he said he sent to the Michigan State Police Officers who responded that day.

“I think that for a long time I was so focused on proving my innocence or trying to fight the system, but at some point in time you just need to craft some winning strategies with different people and figure out we can all come together,” Jones said. “I mean this is the system we all agree to live under – you know? I do have to make peace with some of the mistakes I did make, so that’s what today is. It’s a start.”

After the April arrest, Jones and his attorney had claimed excessive force, but in one of the letters Jones wrote he said that he played a role in the problem.

“We ‘Black’ men have a hard enough time in our struggle for justice, and already have enough enemies as it is, to make the drastic mistake of attack each other and adding more weight to an unbearable load,” he said. “…though I believe things were mishandled that day on I-96, I played a role in the fiasco.”

Jones said that he plans to return to Lansing as a lawmaker, but has not announced a re-election campaign.