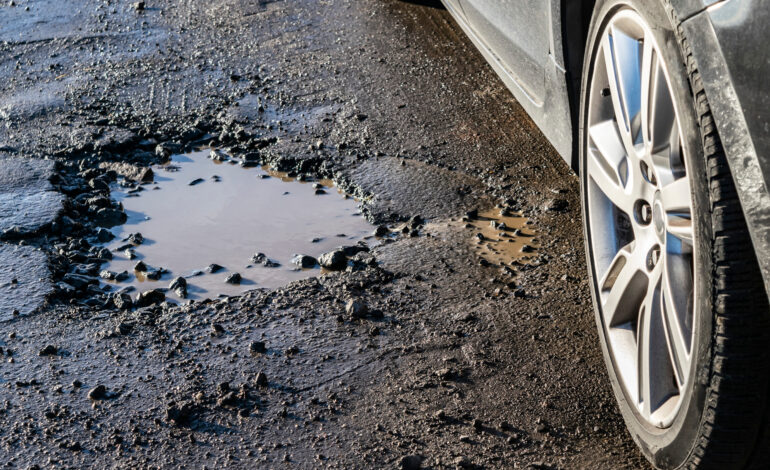 The Wayne County Department of Public Services’ new program begins the week of Feb. 21 and will see Wayne County expanding staff schedules to 10 hours per day/six days a week to directly address the areas with the greatest needs for road repair.

The county says that throughout the winter season, its crews have continued to focus on snow removal and pothole repairs. The freeze-thaw cycles this winter have led to an increase in the number of potholes and road damage.

Additionally, Wayne County plans to utilize contractors to support existing staff in order to increase the county’s capacity to address potholes that can be a hazard to area drivers.

“We know that potholes are a recurring issue every year,” said Wayne County Executive Warren Evans. “That is why federal and state dollars to invest in infrastructure is so important. Wayne County has a 10-year asset management plan to improve our roads and bridges, but more funding is needed. My administration continues to collaborate with our state and federal partners to find a long-term solution to funding this critical infrastructure and to ensure that Wayne County receives more dollars to invest in our roads.”

While pothole repairs are underway, the county is urging drivers to use caution while driving near work zones. Drivers are asked to slow down and follow directions on signage.

Once a car drives over that gap, or cavity, underneath the road, the road surface cracks and falls into the empty space underneath, creating a pothole. MDOT recommends that if a driver sees a pothole ahead and can’t safely steer to avoid it, it’s best to slow down, then release the brakes before they hit the pothole, lessening the impact while giving a car the best chance to absorb it. It’s best for wheels and suspension for a car to hit the pothole dead-on, so they can roll through the crack.

Many in Dearborn and surrounding high traffic areas are familiar with crumbling road and bridge infrastructure. But bad infrastructure is a national problem, with the American Society for Civil Engineers (ASCE) giving the country an overall grade of C- in its 2021 report card. The low grade came from persistent and unmanaged wear and tear on the nation’s roads — 43 percent of public roadways staying stagnantly in poor and mediocre conditions — constant water main breaks and more.

The ASCE gave Michigan an overall D+ grade in 2018.

For example in Dearborn, certain state roads run through the city, including freeways with M, I, or U.S. designations — such as Michigan Avenue (U.S.-12) and the Southfield Freeway (M-39). Telegraph Road (U.S.-24) is a state road, but is maintained by Wayne County within county borders.

The city of Dearborn Department of Public Works (DPW) says it oversees the maintenance of nearly 300 miles of roads within city limits. This includes snow plowing, filling in potholes and other repairs.

But many major roads are maintained by Wayne County itself. These include Outer and Rotunda Drives, Evergreen, Greenfield, Warren and certain sections of roads like Tireman, Miller and more.

A full list of those city roads is available on the DPW website. Residents can make a call about a city road issue to the Highways Division of the DPW at 313-943-2107.

Governor Whitmer has made the issue a constant highlight of her administration, with the often-cited slogan, “fix the damn roads.”

Her new budget proposal certainly includes special funding for those projects. That proposal has $6.3 billion to fix state and local roads, bridges, airports, transit and rail programs with the “right mix and material, so commuters have a smooth, reliable ride for decades to come.”

“Since I took office, Michigan has repaired, rebuilt or replaced over 13,000 lane miles of road and over 900 bridges, supporting nearly 82,000 jobs without an increase at the pump,” Whitmer said recently said. “We’ve made huge progress, but there’s still so much more to do.”

MDOT recommends that if a driver sees a pothole ahead and can’t safely steer to avoid it, it’s best to slow down, then release the brakes before they hit the pothole. The reasoning is that the speed reduction will lessen the impact while giving a car the best chance to absorb it. It’s best for wheels and suspension for a car to hit the pothole dead-on, so they can roll through the crack, instead of coming at an angle, which can make the impact awkward and damage the tire. A properly inflated tire can also make a difference.