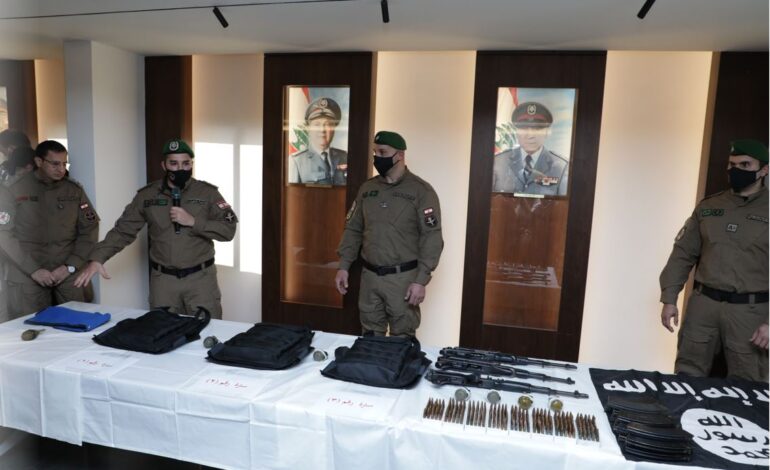 The plans for the attacks involved rocket-propelled grenades and gunfire as well as suicide vests rigged with explosives that would have killed many people, Interior Minister Bassam Mawlawi said.

The militant network involved was affiliated with ISIS, he said.

That group, which controlled vast swathes of Iraq and Syria and a stretch of rugged mountains in northeast Lebanon from 2014 to 2017, claimed a twin suicide bombing in Beirut’s southern suburbs in 2015 that killed more than 40 people. The area is a support base of the Shi’a Iran-backed Hezbollah group, which has fought mainly Sunni militants, including ISIS, during Syria’s civil war.

The network in Lebanon, in contact with ISIS militants in Syria, had been told on Feb. 17 that the operation would be carried out within a few days, the Internal Security Forces (ISF) said in a presentation.

Two suspects were arrested the same day and are being held in custody, Mawlawi said. Explosives, weapons and munitions had also been seized.

Mawlawi said two of the assailants, detained in February, were Palestinians who had been involved in recruitment of young men to carry out suicide attacks. The ISF said it conducted surveillance in Ain el Hilweh and Saadiyat after infiltrating the network in January, the Annahar news agency reported.