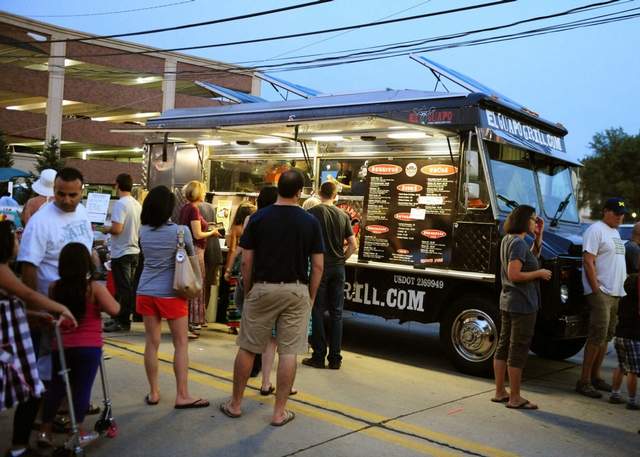 The El Guapo Grill food truck serves at a rally in Dearborn. Dan Gearig and his wife, Lindsay, partnered with El Guapo Grill, which dishes up tacos with an international flair, in December and revamped its menu. Photo: Ricardo Thomas/The Detroit News

DEARBORN HEIGHTS — After years of trying, the Dearborn Heights City Council is revisiting the possibility of establishing a food truck ordinance and will host a study session to discuss it.

Dearborn Heights City Council Chairman Dave Abdallah said that the city has been trying to agree on an ordinance for a very long time.

“This has been something that we have discussed frequently, but it never came to fruition,” he said. “There’s been a lot of situations where people have opened their own food trucks or tents without permits or regulations or anything and that’s just really not safe.”

Abdallah also said that with Ramadan coming up, he thinks they could potentially look at offering temporary permits for Ramadan and the summer months to see how it plays out.

“We really like the vibes and what having food trucks and stands has brought to other cities,” he said. “We are trying to bring good energy and good vibes to Dearborn Heights and we want to encourage and welcome anyone to participate, but in a regulated and controlled environment. This isn’t just a Ramadan or Muslim thing. We don’t want a free-for-all, especially when it comes to the health and safety of our residents.”