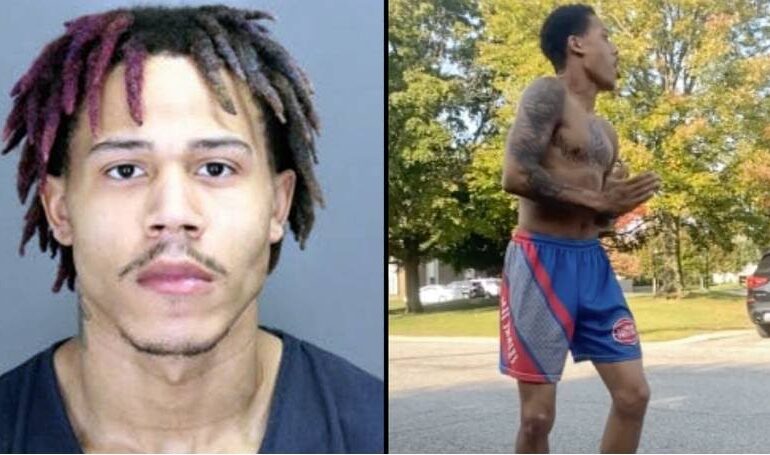 DEARBORN — TikTok star “ChozenWrld” has been arrested in connection with the robberies of four convenience stores in Commerce Township, Novi and Dearborn.

Chozen Terrel-Hannah, 22, of Redford Township, confessed to the robberies after being arrested by the FBI after they linked his social media accounts to shoes worn by the armed robber in all four robberies.

On Dec. 1, 2021, a suspect wearing a black ski mask, black pants, a black hoodie, a black backpack with a floral design and white shoes pointed a gun at a 7-Eleven clerk in Commerce Township, demanded money and left.

On Jan. 13, a suspect wearing nearly the same outfit robbed a Marathon gas station in Dearborn by holding a gun to the clerk’s back and also took 18 cigars.

On Feb. 1, a suspect wearing the same outfit robbed the Old West Tobacco store in Novi, but witnesses noticed red or pink hair sticking out of the ski mask.

The suspect then returned to the first 7-Eleven on Jan. 26 and actually fired the gun into the store’s counter during that robbery.

Terrell-Hannah had posted videos of himself wearing clothing that matched the suspect’s description on the days of the robberies.

After the FBI took over the investigation, they linked Terrell-Hannah’s cell phone location to each robbery and, during a raid on his home, agents found a gun and other items linked to the robberies.

Following his arrest, Terrell-Hannah allegedly admitted to committing the robberies. He is charged with robbery affecting interstate commerce and possessing a firearm during a violent crime. If convicted, he faces up to 20 years in prison.