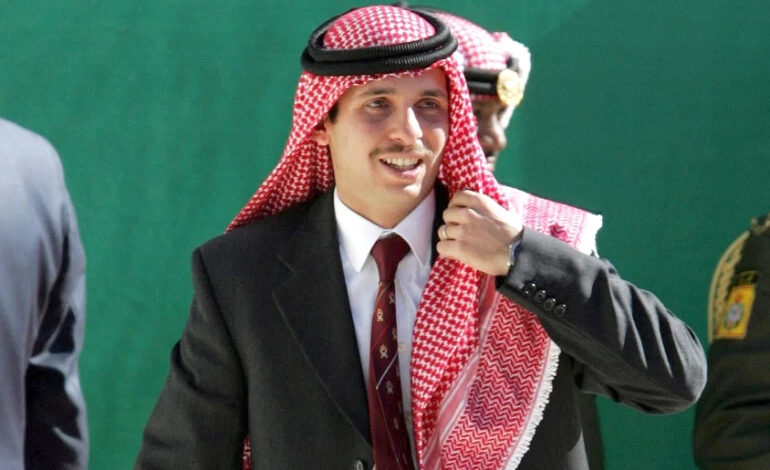 AMMAN — Prince Hamza bin al-Hussein, a former heir to Jordan’s throne who was placed under house arrest last year, announced on Sunday he was giving up his royal title in protest over Jordan’s current policies.

Hamza was accused last April of trying to destabilize the monarchy in a foreign-inspired plot, but was spared punishment after pledging allegiance to King Abdullah, his half-brother.

In the letter published on his Twitter account, Hamza said what he had witnessed in recent years made it difficult for him to endorse policies pursued by Jordan’s institutions.

“I have come to a conclusion that my personal conviction and principles my father (the late King Hussein) instilled in me are not in line with the path, directives and modern methods of our institutions,” he wrote.

Hamza, 42, was named Crown Prince when King Hussein died in 1999 and Abdullah became king, but lost that title five years later when Abdullah installed his own son as heir.

Last year he was placed under house arrest after making accusations about corruption and authoritarian rule. The feud shook Jordan’s image as a haven of stability in the unpredictable Middle East.

A former royal chief adviser and a minor royal were later sentenced to 15 years in jail for involvement in an alleged plot to bring Hamza to power.

Hamza issued an apology last month in which he pledged not to act against the interests of Jordan’s rulers.

His statement on Sunday was brief, saying he would continue to serve Jordan in his private life, without mentioning the king or any future role for himself.

Released on the first day of the Muslim holy month of Ramadan, it was laced with religious terms likely to appeal to conservative Jordanians whose support Hamza is seen to have courted over the years.

The monarch said the crisis had been “the most painful” because it came from both inside the royal family and outside.