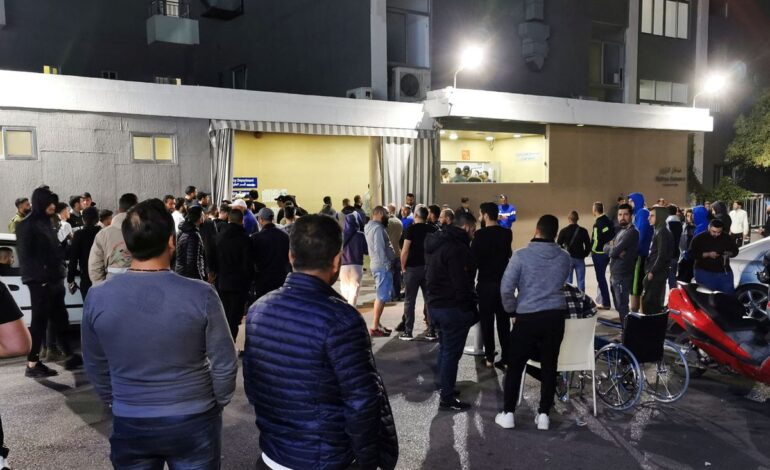 Men gather outside a hospital to which some injured people are believed to have been transferred, after an explosion near Sidon in southern Lebanon, April 12. Photo: Ali Hankir/Reuters

At least one person was killed and seven were injured in an explosion at a scout center affiliated with the Shi’a Amal Movement near Sidon in southern Lebanon, officials told Reuters early on Tuesday.

The blast demolished the building and army personnel were searching through the rubble for any further casualties, sources added. The explosion also damaged the town hall nearby.

One security source told Reuters the explosion was not an act of sabotage, without disclosing further details.

On Dec. 10, a large blast rocked a Palestinian camp in the southern Lebanese port city of Tyre, injuring about a dozen people, according to rescue workers on scene and a Palestinian source inside the camp.

The state-run National News Agency (NNA) reported that the blast emanated from a Hamas weapons depot in the Burj al-Shemali camp and a judge had ordered security forces to launch an investigation.