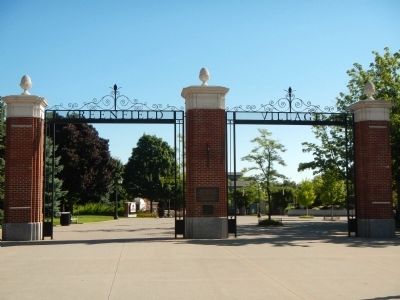 DEARBORN — The Henry Ford Museum’s Greenfield Village is reopening and welcoming a new, permanent addition to the village.

Members will get exclusive early access on Friday, April 15.

The addition of the Detroit Central Market gives the building its newest home since The Henry Ford acquired it in 2003, saving it from demolition. The building, originally located in what is now Cadillac Square in Detroit, opened in 1861 and remained in operation until 1893.

During Greenfield Village’s opening weekend, the building will be fully accessible and walking tours will focus on its architecture, history and notable people who have passed through.

Thomas the Tank Engine will also be revisiting Greenfield Village on May 13 through May 15 and May 20 through May 22, with tickets going on sale on April 13.

Greenfield Village will operate under limited hours from Thursday through Monday for the public until June 19. During this time, members will have access on Tuesdays and Wednesdays.

It will shift to a seven-day operation open to the public beginning June 20.

Tickets and more information can be found on Greenfield Village’s website.