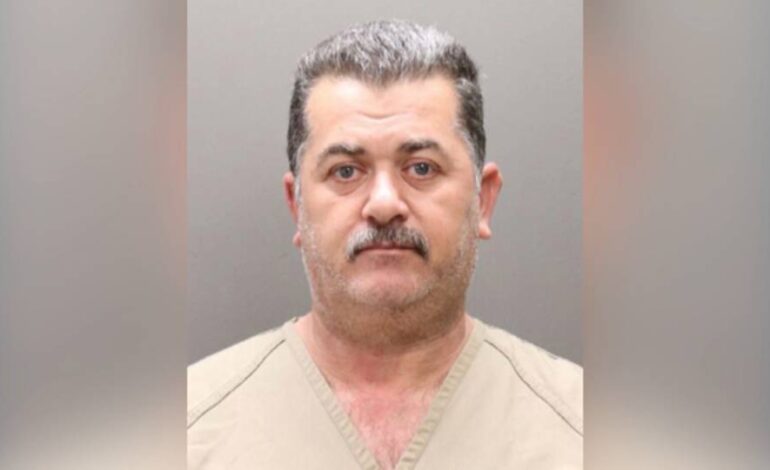 An Iraqi asylum seeker living in Ohio was arrested and charged by federal authorities for  aiding and abetting a failed plot to assassinate former President George W. Bush.

According to authorities, Shihab Ahmed Shihab, 52, told an FBI informant in November that he wanted to target Bush because he was “responsible for killing many Iraqis and breaking apart the entire country of Iraq.”

Bush’s life was never in danger and the plot was only verbalized.

Court documents show that Shihab was being closely tracked by the FBI after he unwittingly revealed the alleged plot to a paid informant in 2021.

Two undercover informants played key roles in the alleged plot by providing Shihab with cellphones and cellphone data cards and by helping Shihab devise a plan, which never materialized, to smuggle members of ISIS into the country to assist him.

The FBI said Shihab “wished to kill former President Bush because he felt that he was responsible for killing many Iraqis and breaking apart the entire country of Iraq.”

Shihab allegedly conducted surveillance on Bush’s home and offices in the Dallas area in February with assistance from an informant, who drove him around the city.

Shihab came to the U.S. in September 2020. He is a resident of Columbus.

A spokesperson for Bush told Bloomberg the former president had “all the confidence in the world in the United States Secret Service and our law enforcement and intelligence communities.”

The FBI said that as part of the plot, four Iraqi nationals, two of whom are ex-intelligence agents, were to be smuggled into the country from Turkey, Egypt and Denmark.

Though Shihab has not been identified as a member of ISIS, his arrest warrant described the smuggling plot as an “attempt to provide material support to a designated foreign terrorist organization, specifically ISIS.”

In February, the informant picked up Shihab at the airport in Dallas and assisted him as he used his phone to record video of Bush’s gated home as well as the library and offices at the George W. Bush Institute.

According to the search warrant, Shihab allegedly told the informant “that he wanted to be involved in the actual attack and assassination” and that he “did not care if he died as he would be proud to have been involved.”

According to Bloomberg, Shihab sought to obtain fake FBI or police badges. The informant has been supplying information in exchange for money for more than 10 years and recorded many of his conversations with Shihab, according to the filing.

Shihab communicated with the four other plotters using a fake Facebook account with a “romantic” profile picture of two hands holding roses “so it was not suspicious,” the FBI agent said. He asked the informant for help setting up the fake account under the pseudonym “Jak Jok.”

Last week, during a speech in Dallas, Bush momentarily confused Russian President Vladimir Putin’s current war against Ukraine and his own war of aggression against Iraq in 2003.

Bush said that a lack of accountability for leaders in Russia had allowed “one man to launch a wholly unjustified and brutal invasion of Iraq… I mean, Ukraine. Iraq, too. Anyway… I’m 75.”

Bush and his administration falsely claimed that Iraq threatened the West with weapons of mass destruction and that its leader, Saddam Hussein, had ties with the extremists who carried out the 9/11 attacks on the U.S.

The subsequent invasion of Iraq by the Bush administration resulted in hundreds of thousands of Iraqi civilian deaths (according to the Iraq Body Count project), destroyed the country’s infrastructure and pushed the country into crippling poverty and continued sectarian violence.