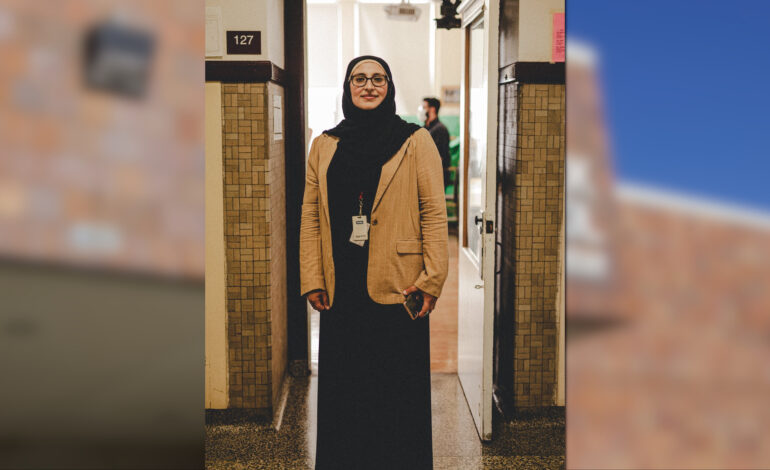 HAMTRAMCK — Hamtramck Public Schools Superintendent Jaleelah Ahmed, who has been on leave since last October, has filed a lawsuit accusing five board members and the teachers union of conspiring to get her fired.

Ahmed is also accusing the parties, which include two board members who, like her, are Yemeni Americans, of discrimination (based on sex and nationality) and defamation.

The lawsuit is seeking to prevent the board from continually extending Ahmed’s leave and stop her from returning to work. The district has so far not given any details on why Ahmed never returned from that leave.

Ahmed announced in October she was going on a leave of absence because of stress from handling school affairs during the pandemic, on doctor’s orders. She was expected to return in January, but did not, with no explanation from the district.

After questions from residents and local media, the board said it had extended her leave, but did not explain why. It also said it was running an investigation on the matter, but has not given any details on that investigation.

Ahmed is also asking for back pay, though she has been on paid leave since October. Her suit asks that she receive “front-pay” in case the district does successfully terminate her.

Ahmed has been receiving pay during her absence, as she is still under contract with the district, which has not officially terminated that contract. After questions from residents and local media, the board said it had extended her leave, but did not explain why. It also said it was running an investigation on the matter, but has not given any details on that investigation.

The suit says Ahmed has been discriminated against by the board members and the teachers union based on sex and national origin, as the district’s previous superintendent, a White man, had made similar decisions as her without repercussions.

A mass exodus of teachers from the school district took place under Ahmed’s term last year.

The Hamtramck Review said this week that trouble began with several job transfers of teachers, some involuntary, which resulted in backlash from some board members about former Human Resources Director Michelle Imbrunone, who was hired by Ahmed.

The new lawsuit does provide a more detailed picture of the conflict between Ahmed and the school board, something that has been shrouded in mystery since late last year. The district, including interim Superintendent Nabil Nagi, has been extremely tight-lipped on the circumstances surrounding Ahmed’s leave of absence.

Ahmed defended those involuntary transfers, citing the need to meet federal guidelines to serve an influx of autistic students with special needs who needed specialized teachers.

The suit also says that the previous superintendent, Thomas Niczay, had made involuntary transfers in the past, with no repercussions. This year, Niczay was rehired by the district as a consultant, performing some of Ahmed’s prior duties. The new lawsuit does provide a more detailed picture of the conflict between Ahmed and the school board, something that has been shrouded in mystery since late last year.

Later on, several teachers spoke up, complaining of a poor work environment in the district set up by Ahmed and Imbrunone, with the teachers union describing the environment as “chaotic.”

Some teachers and administrators said transfers made no sense and felt punitive against those who had raised concerns over work conditions during the pandemic. More than 20 teachers left the district last year.

Earlier this year, dozens of Hamtramck teachers protested outside the district’s administrative building during contract negotiations, detailing strained conditions at the school during Ahmed’s tenure. A poll suggested that some 50 percent of teachers considered leaving the district for other jobs.

The suit says Ahmed was harassed by the board members over her defense of the human resources director and blamed both for the mass exodus of teachers and placing Imbrunone on a paid leave of absence in October.

Recently, the board voted not to renew Imbrunone’s contract with the district.

The suit alleges the board members made false statements like saying that “Ahmed was collecting her salary even though she refused to work” and that there was no legitimate reason for her medical leave of absence. It also says that the board members and teachers union falsely instructed teachers that it was necessary for them not to contact Ahmed during her leave.

Another falsehood claimed that the teacher resignations during the 2021-2022 school year were caused by or related to Ahmed’s involuntary transfer decisions. This was covered in several local media outlets, with a remarkable number of teachers leaving in a short period, and the fact that it reflected national trends of teachers finding better work environments.

The mass exodus has been connected with her time as superintendent in local conversations and in local media over the months of her unexplained absence, during which teachers themselves spoke out during public meetings.

The board has two other members, Daz’Shavon Hall and Jihan Aiyash, who were not named in the lawsuit.

Relations between the district and Ahmed weren’t always sour. She received the “highest possible” performance rating from evaluations since she became superintendent in 2019, something the lawsuit points out. Board members like Major supported Ahmed’s efforts in 2020 to promote a millage to construct a new elementary school, a proposal later defeated by voters.

It says the board members prevented her from bringing the district into compliance with federal and state law to accommodate an influx of autistic students by refusing to permit her to involuntarily transfer certified teachers to serve those students.

The board has two other members, Daz’Shavon Hall and Jihan Aiyash, who were not named in the lawsuit.

Aiyash, who was not re-elected among fellow board members as president of the board, has not attended a board meeting since January, the Review said.