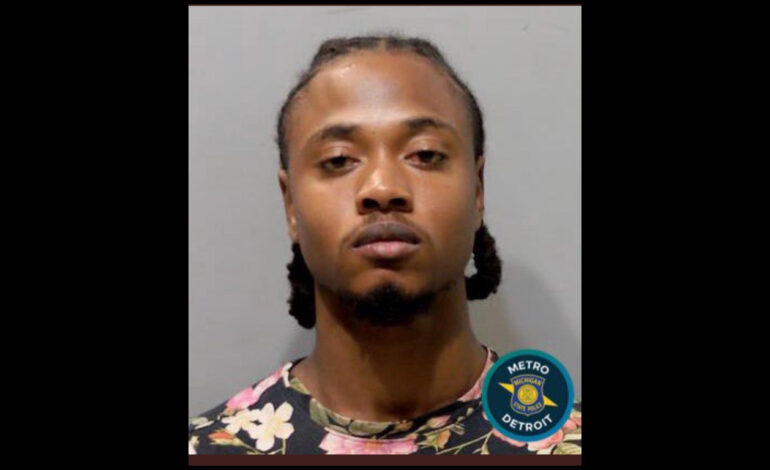 DETROIT — Further details about the suspect in the hit-and-run crash on Belle Isle that killed 12-year-old Ghadir Saleh of Dearborn were revealed at an arraignment last Friday.

Wayne County prosecutors approved charges of murder, reckless driving and more for 23-year-old Alexander Armond Smith of Ypsilanti, who drove off a road onto the busy public beach on Belle Isle park in Detroit on Memorial Day, killing Saleh and seriously injuring her 16-year-old sister.

The sister was last reported to be in stable condition after undergoing possible surgery.

Video footage and numerous eyewitness accounts show a horrifying scene, where Smith’s car barrels onto the beach and into a crowd of people, seemingly accelerating the entire time.

Smith escaped from the scene and was caught later on the west side of the city, Michigan State Police said.

During Friday’s arraignment, prosecutors, who were asking a judge not to release Smith on bond on request of his defense attorney, said Smith had told police he had been under “demonic control” or had demonic thoughts when he drove onto the beach, killing the Lowrey Middle School student.

Prosecutors also revealed that Smith’s driving record was a dozen pages long and that his license was restricted at the time of the crash. The judge agreed with the prosecutors and remanded Smith to jail.

Smith’s mother, whom he lives with, had informed police that her son did not have diagnosed mental health issues.

“The public is protected, he’s not an active menace to society, your honor,” Smith’s defense attorney told the judge. “And also he is not a very dangerous person. He doesn’t have an assaultive nature or anything like that.”

Though the Michigan State Police ruled out drugs and alcohol as a factor in the killing, prosecutors did allege Smith admitted to having a bottle and a quarter of wine when the incident occurred.

According to local social media groups, Saleh and her family had just immigrated from Yemen a few months ago and made their very first trip to Belle Isle Beach on Memorial Day when they were hit, and that Memorial Day was the first time the Salehs visited an American beach.

The local Arab community in Dearborn, including its large school district, school officials, teachers and students, were shocked by the news and demanded answers to the senseless and tragic killing.

A service for the girl, and a late-evening candle light vigil at her school, were scheduled for Friday.