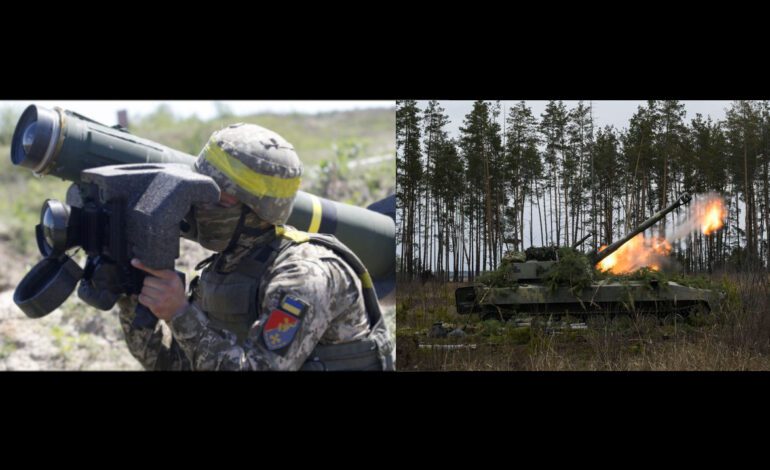 — This article by retired Lieutenant Colonel William J. Astore originally appeared in Bracing War. It has been edited for style.

“Follow the money” is sage advice in an America that prides itself on unfettered capitalism where everything is a commodity. A huge chunk of money, namely $54 billion, has already been dedicated to Ukraine in its fight against a Russian invasion, with more to follow if Congress has its way. Roughly half this money is going directly to U.S. weapons makers, hence the haste of Congress to vote for its approval. Only a small number of Republicans have objected to this boondoggle; all Democrats in the House and Senate voted in favor of it.

Here’s the thing. The entire defense budget of Ukraine before the war was just under $6 billion. How can Ukraine possibly absorb (mostly) military “aid” that represents NINE TIMES their annual defense budget? It simply can’t be done.

Russia’s military budget for an entire year, roughly $66 billion, only slightly exceeds the U.S. “aid” for Ukraine after three months of war. If the pace of U.S. spending on Ukraine remains the same, the amount of “aid”, assuming the war continues, could touch $200 billion by this time next year. Again, this is for a country that spent $6 billion on its military forces prior to being invaded.

From a military perspective, the gusher of money and equipment being sent to Ukraine makes little sense because there’s no way Ukraine has the infrastructure to absorb it and use it effectively. The U.S. approach seems to be to flood the zone with weaponry and assorted equipment of all sorts, irrespective of how it might be used or where it might ultimately end up. I can’t see how all this lethal “aid” will stay in the hands of troops and out of the hands of various criminal networks and black markets. A Ukrainian Army soldier places a U.S.-made Javelin missile in a fighting position on the frontline on May 20 in Kharkiv Oblast, Ukraine. – Photo by Reuters

If guns saved lives and brought safety, America would have the lowest number of people killed by guns and the safest country. We obviously don’t.

In America’s recent wars, such as Iraq and Afghanistan, but also as far back as Vietnam, the U.S. military has been remarkably proficient at providing weaponry to enemies. When U.S. forces retreat in defeat, or “evacuate to success”, they usually leave behind mountains of military equipment, as they did in Vietnam, Iraq and Afghanistan. Weaponry left behind or provided to Afghan and Iraqi security forces helped to arm ISIS, the Taliban and similar elements the U.S. government says are terroristic. Interestingly, few seem to question the wisdom of all the billions in weaponry provided as “aid” that often ends up fueling more violence and more war.

If guns saved lives and brought safety, America would have the lowest number of people killed by guns and the safest country. We obviously don’t. Flooding countries like Iraq, Afghanistan and now Ukraine with scores of billions in weaponry and related equipment is not the smartest way toward success. Unless you’re the CEO of a weapons contractor, in which case it’s the very definition of success.

“But something must be done!” Cry those who want to help Ukraine in its war with Russia. Ukraine has already demonstrated its resolve while suffering the evils of war; does it make sense to keep the war going when Ukraine ultimately can’t win it? Just look at a map and the vast resources Russia has available to it; there is no shame, and indeed much sense, in Ukraine, having fought a good fight, negotiating a peace treaty now before the war spreads even further and the country is even more devastated.

In sum, I don’t see $54 billion in U.S. “aid” to Ukraine as being in the best interest of the Ukrainian people. If it serves to prolong a murderous war that ultimately Ukraine can’t win, it may prove more hurtful than helpful.