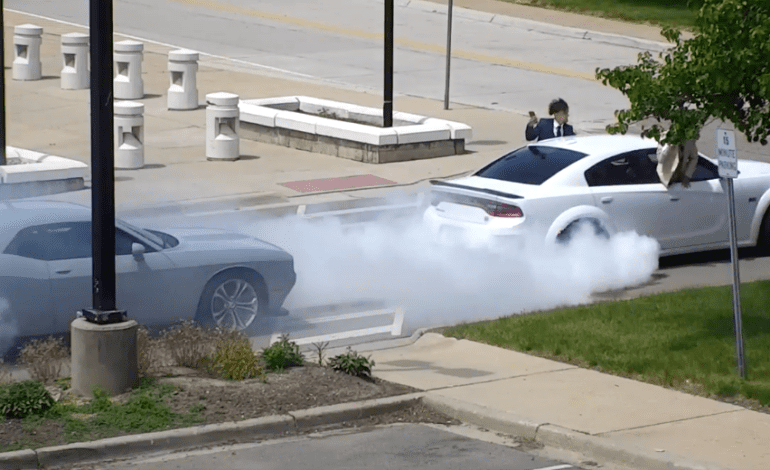 DEARBORN — Reckless and dangerous driving in Dearborn can cause drivers to lose their vehicles if they fail to pay high fees that could reach up to $3,500.

Drivers in violation of city ordinances will also be charged with a misdemeanor and four points will be added to their driving records.

The high cost of violations comes amid increased enforcement by the Dearborn Police Department, which is cracking down on reckless driving that has threatened resident safety, caused numerous accidents and even injury and loss of life, in the dense city over the years.

The Dearborn Police Department’s latest policy targets reckless drivers where it hurts the most, their wallets and their vehicles.

This came after three drivers, leaving a graduation ceremony, challenged the Department by doing burnouts right in front of cops in the parking lot shared by the Police Department and the Ford Community and Performing Arts Center on Michigan Avenue, on June 2.

“When this happened, I was in my office and I could hear the sounds, and so were some of my other members of the department,” Shahin told the Press and Guide. “I literally looked out my window and saw these kids doing the burnout right in front of the police station.”

Shahin personally went outside and got license plate numbers before the cars sped off. His officers then followed and arrested three people.

All three cars were impounded and two of them were forfeited to police following the arrest of the three drivers.

“I wanted to make sure what I saw was real because I couldn’t believe that this was happening next to the police station,” Shahin said.

Shahin told The Arab American News that the crackdown on reckless driving will continue. On June 3, a video published on social media showed several officers impounding a blue Mustang in Dearborn, after they been told that the car was performing stunts at a wedding.

Shahin appeared in the video, where he mentioned that Dearborn Police impounded a Mustang after a video posted on social media showed the vehicle driving recklessly and doing donuts in the middle of traffic.

In addition to this, Dearborn Police have sent out multiple warning about reckless driving during weddings.

Shahin thanked the community for tips on reckless driving.

“Let me be clear, Dearborn, a wedding should be a joyous occasion,” he said. “Reckless driving isn’t acceptable at any time, but especially during a wedding.”

Shahin said that over the weekend the wedding occurred the impounded Mustang had been involved in reckless driving throughout the city.

Shahin, who was appointed to the position of Dearborn police chief five months ago, told The Arab American News that fines will be imposed for burnouts, racing, tire smoke, engine noise and reckless driving, noting that recovering confiscated cars may cost fees ranging between $1,500 and $3,500 per car.

“We will apply the toughest penalties allowed by law and if drivers fail to pay their fines, they will lose their cars to the police, in addition to criminalizing them with misdemeanors of disturbing the peace and marking their traffic record with four points,” Shahin said.

Shahin pointed out that the driving performances increase significantly in the summer, especially during weddings and graduation parties, calling on the population to abide by traffic laws and the rules of public decency.

“Graduations and weddings are occasions for rejoicing and celebration. However, we need to ensure that all guests and residents are protected by adhering to the laws and a safe celebration to prevent harm and tragedies,” Shahin said. “There are more convenient and safer ways to celebrate happy occasions, without endangering the lives of others. We do not want these parties to turn into occasions to disturb and threaten the safety of residents.”

— Hassan Abbas contributed to this article.

In a historic first, Arabic will appear on election ballots and materials in Dearborn this August

Dearborn Heights man sentenced to 25 years for murdering his mother