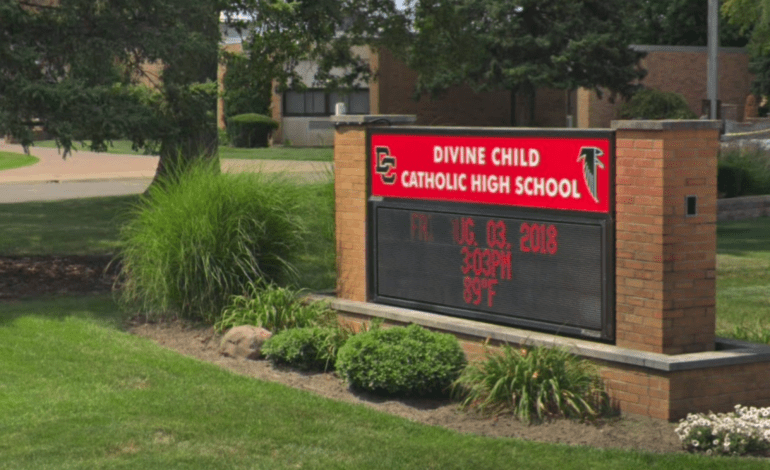 Fenzel has been charged with four counts of “child sexually abusive activity” and four counts of “using a computer to communicate with another to commit a crime” (charges are allegations and defendants are presumed innocent until and unless proven guilty).

The student was a member of wrestling team when it is alleged that Fenzel asked him to send sexually abusive material in exchange for marijuana.

An investigation by the Dearborn Police Department led to Fenzel’s arrest on June 15.

The Dearborn Police Department says it was made aware of an inappropriate relationship between a high school student and wrestling coach at Divine Child High School.

Fenzel had allegedly provided marijuana to a student in exchange for explicit images and videos. Police also learned that Fenzel is also employed as a teacher at Orchard Lake St Mary’s Preparatory School in Orchard Lake.

He was arraigned on Saturday, June 18 at noon in 19th District Court before Judge Mark Sommers. A probable cause conference has been scheduled for July 1 at 8 a.m. and the preliminary examination is set for July 8.

“After being made aware of the allegations, investigators worked swiftly to gather evidence and apprehend this individual to safeguard our youth,” Dearborn Police Chief Issa Shahin said.

The Dearborn Police Department encourages any additional victims or witnesses to contact it.  If you wish to remain anonymous, please call CrimeStoppers at 1-800-SPEAK-UP.

Crestwood robotics team looking for support from the community