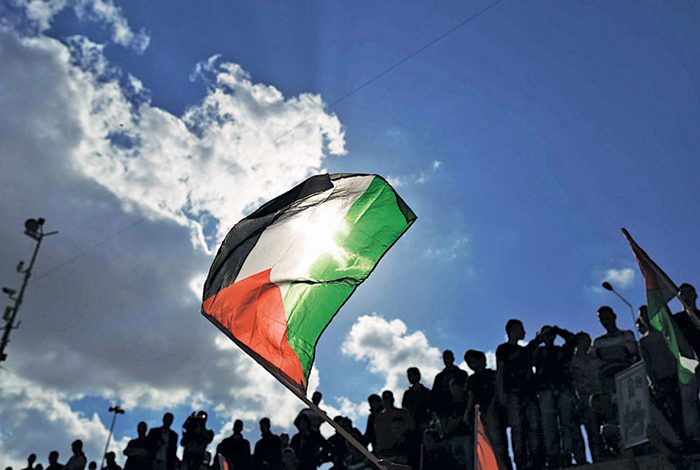 While it is true that Zionism is a modern political ideology that has exploited religion to achieve specific colonial objectives in Palestine, prophecies continue to be a critical component of Israel’s perception of itself, and of the state’s relationship to other groups, especially Christian messianic groups in the United States and worldwide.

The subject of religious prophecies and their centrality to Israel’s political thought was once more highlighted following remarks by former Israeli Prime Minister Ehud Barak, in a recent interview with the Hebrew-language newspaper Yedioth Ahronoth. Barak, perceived to be a “progressive” politician, who was once the leader of Israel’s Labor Party, expressed fears that Israel will “disintegrate” before the 80th anniversary of its 1948 establishment.

“Throughout the Jewish history, the Jews did not rule f​or more than 80 years, except in the two kingdoms of David and the Hasmonean dynasty and, in both periods, their disintegration began in the eighth decade,” Barak said.

Like Barak, Netanyahu’s comments were expressed in the form of fear over the future of Israel, and the looming “existential threat”, the cornerstone of Israeli hasbara throughout the years. At a Bible study session in his house in Jerusalem, Netanyahu had then warned that the Hasmonean kingdom — also known as the Maccabees — had merely survived for 80 years before it was conquered by the Romans in 63 B.C.E.

The “Hasmonean state lasted only 80 years, and we needed to exceed this,” Netanyahu was quoted by one of the attendees as saying, the Israeli Haaretz newspaper reported.

But, even according to Netanyahu’s purported determination to exceed that number, he had reportedly vowed to ensure Israel will surpass the Maccabees’ 80 years and survive for 100 years. That is merely 20 years more.

The pessimism in Israel is hardly confined to political leaders, who are known to exaggerate and manipulate facts to instill fear and to rile up their political camps, especially Israel’s powerful messianic constituencies. Although this is true, predictions regarding Israel’s grim future are not confined to the country’s political elites.

The difference between Barak and Netanyahu’s statements is quite negligible: The former’s views are supposedly “historical” and the latter’s are biblical. Worth noting, however, is that both leaders, though they subscribe to two different political schools, have converged on similar meeting points: Israel’s survival is at stake; the existential threat is real and the end of Israel is only a matter of time.

But the pessimism in Israel is hardly confined to political leaders, who are known to exaggerate and manipulate facts to instill fear and to rile up their political camps, especially Israel’s powerful messianic constituencies. Although this is true, predictions regarding Israel’s grim future are not confined to the country’s political elites.

In an interview with Haaretz in 2019, one of Israel’s most respected mainstream historians, Benny Morris, had much to say about the future of his country. Unlike Barak and Netanyahu, Morris was not sending warning signals but stating what, to him, seemed an unavoidable outcome of the country’s political and demographic evolution.

“I don’t see how we get out of it,” Morris said, adding, “Already, today there are more Arabs than Jews between the (Mediterranean) Sea and the Jordan (River). The whole territory is unavoidably becoming one state with an Arab majority. Israel still calls itself a Jewish state, but a situation in which we rule an occupied people that has no rights cannot persist in the 21st century.”

Morris’ predictions, while remaining committed to the racial fantasy of a Jewish majority, were far more articulate and also realistic if compared to those of Barak, Netanyahu and others. The man who once regretted that Israel’s founder, David Ben Gurion, did not expel all of Palestine’s native population in 1947-48, spoke with resignation that, in a matter of a generation, Israel will cease to exist in its current form.

Since Israel has always defined itself as a Jewish State, its future is mostly linked to its ability to maintain a Jewish majority in historic Palestine. By the admission of Morris and others, this pipe dream is now crumbling as the “demographic war” is clearly and quickly being lost.

Actually, prophecies regarding Palestine and Israel are not a new phenomenon. Palestine was colonized by Zionists with the help of Britain, also based on biblical frames of reference. It was populated by Zionist settlers based on biblical references dedicated to the restoration of ancient kingdoms and the “return” of ancient peoples to their supposedly rightful “promised land.” Though Israel took on many different meanings throughout the years — perceived to be a “socialist” utopia at times, a liberal, democratic haven at others — it was always preoccupied with religious meanings, spiritual visions and inundated with prophecies. The most sinister expression of this truth is the fact that the current support of Israel by millions of Christian fundamentalists in the West is largely driven by messianic, end-of-the-world prophecies.

The latest predictions about Israel’s uncertain future are based on a different logic. Since Israel has always defined itself as a Jewish State, its future is mostly linked to its ability to maintain a Jewish majority in historic Palestine. By the admission of Morris and others, this pipe dream is now crumbling as the “demographic war” is clearly and quickly being lost.

Of course, co-existence in a single democratic state will always be a possibility. Alas, for Israel’s Zionist ideologues, such a state will hardly meet the minimum expectations of the country’s founders, since it would no longer exist in the form of a Jewish, Zionist state. For co-existence to take place, the Zionist ideology would have to be scrapped altogether.

Barak, Netanyahu and Morris are all right: Israel will not exist as a “Jewish state” for much longer. Speaking strictly in terms of demographics, Israel is no longer a Jewish-majority state. History has taught us that Muslims, Christians and Jews can peacefully coexist and collectively thrive, as they have done throughout the Middle East and the Iberian Peninsula for millennia. Indeed, this is a prediction, even a prophecy, that is worth striving for.