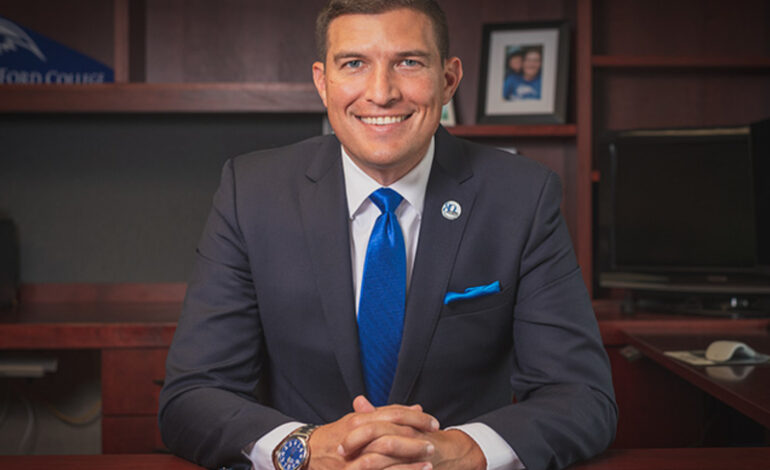 DEARBORN – After announcing he would be moving on to a college system in Virginia, Russell Kavalhuna has reached a new contract agreement with Henry Ford College and will stay on as its president.

Kavalhuna had announced in March that he would be leaving for Virginia’s Community College System, which oversees 23 colleges across 40 campuses with a total enrollment of more than 200,000 students.

But that school system was informed in June that Kavalhuna had instead chosen to negotiate an agreement to continue servicing as president of Henry Ford College.

Kavalhuna joined the Dearborn-based community college in 2018 as its sixth president, and was also a former federal prosecutor and commercial airline pilot.

Crain’s Detroit Business said  that under the new contract, Kavalhuna’s term will expire June 30 of next year, or renew annually if he does not receive a poor evaluation.

“Due to circumstances beyond my control, the VCCS path closed, and it is clear that Michigan and Henry Ford College are where my devotion to student success can make the most difference,” Kavalhuna said in a statement. “I am excited and proud to continue this work at Henry Ford College, where we aim to become Michigan’s best college for Student Success!”

“We are pleased to continue our positive working relationship that has served the HFC community well,” said Roxanne McDonald, chair of Henry Ford College board of trustees