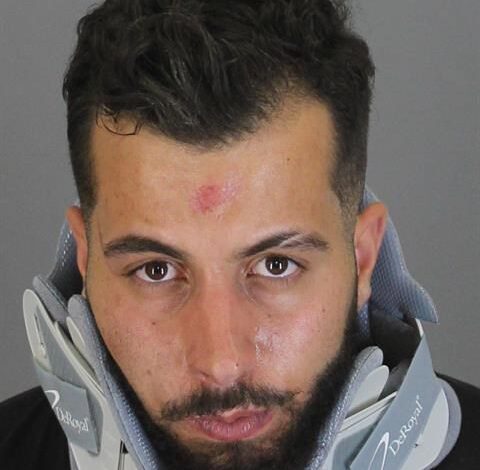 DEARBORN HEIGHTS — Four suspects were arrested and one Dearborn Heights police officer injured in a July 4 altercation at a local business.

At approximately 5:50 p.m. on July 4, Dearborn Heights police responded to a 911 call regarding customer trouble at a business in the 23000 block of Ford Road. The caller reported four male patrons were threatening employees and making reference to possessing a firearm.

Responding officers located the suspects’ vehicle as it left the business and conducted a traffic stop. With the allegation of a firearm being involved, officers ordered the occupants of the vehicle to show their hands, to which they responded by shouting obscenities and refusing verbal commands.

All occupants except for the driver then exited the vehicle while the driver was forcibly removed from the vehicle after ignoring verbal commands. During this, the driver suffered a head laceration and was transported to an area hospital for treatment.

Another occupant of the vehicle, 24-year-old Hassan Hamadi of Dearborn, headbutted an officer, causing a head laceration to the officer, which required several stitches, and a concussion.

Hamadi, who resisted arrest, was tasered and placed into custody after assaulting two other officers. A black CO2 pistol resembling a semi-automatic handgun was later recovered from the vehicle.

Hamadi was arraigned on the charges on July 6 by 20th District Court Judge Mark Plawecki, with a bond set at $25,000/no 10 percent.

“While many community members were celebrating Independence Day with friends and family, our brave women and men of the Dearborn Heights Police Department were guarding our community,” Dearborn Heights Police Chief Jerrod Hart said. “Upon responding to a call for help, our officers were attacked and that is unacceptable. We are failing as a society to deal with conflict in a healthy manner. We quickly resort to violence instead of dialogue. I ask you to join me in calling for a time of civility and mutual respect as we build a community-focused police department. Attacking police officers is not the answer.”