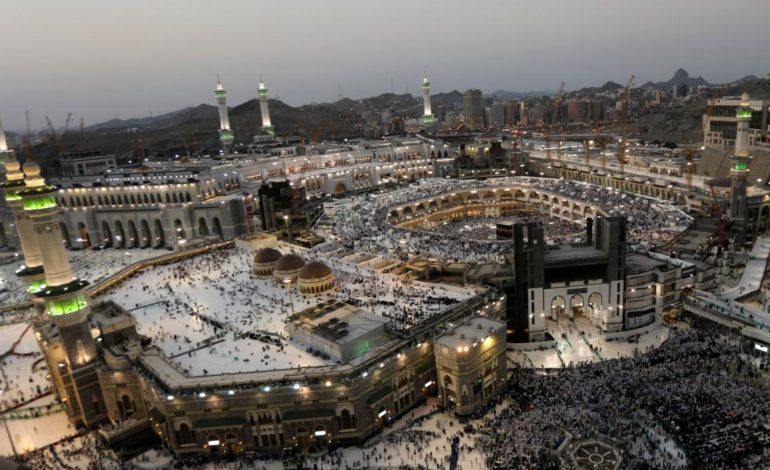 — This article by Abbas Al Lawati originally appeared in CNN Business. It has been edited for style.

Oil has added trillions of dollars to Saudi Arabia’s coffers over the decades, but it’s a resource that will someday run out or lose value as the world turns to alternative energy.

Despite current high oil prices, the kingdom knows this and it has embarked on an ambitious project to diversify its sources of revenue for a post-oil future. One of those sources is the pilgrimage, an eternal monopoly that has a potential market of almost 2 billion Muslims.

Soon after King Salman bin Abdulaziz took power in 2015, Saudi Arabia launched a $21 billion project to expand the Grand Mosque in Mecca to accommodate 300,000 additional worshippers. A year later, then Deputy Crown Prince Mohammed bin Salman identified the pilgrimage as a key component of a plan to diversify the Saudi economy by 2030.

“Unlike (the energy sector), where Saudi Arabia always has to worry about future competitors, in the area of Hajj and Umrah, they are guaranteed to have zero competition in perpetuity,” said Omar Al-Ubaydli, director of research at the Bahrain-based Derasat think tank.

Muslims from the world over return to Saudi Arabia this week to perform the annual Hajj pilgrimage after a two-year hiatus caused by COVID-19 restrictions. It’s an opportunity for Muslims to fulfill a once-in-a-lifetime religious obligation, but also a chance for the economies of Saudi Arabia’s holy cities to get a jump start.

Experts say that with crude oil prices hovering around $100 a barrel, generating billions of dollars a day, the pilgrimage’s economic benefit is marginal by comparison. But its great, untapped potential could bring significant riches to the kingdom in the long term.

The pandemic caused the number of Hajj pilgrims to dwindle to 1,000 in 2020, but it rose to about 60,000 in 2021, when the Hajj was opened only to residents of Saudi Arabia. This year, the kingdom authorized 1 million Muslims to perform the rites.

Experts say that with crude oil prices hovering around $100 a barrel, generating billions of dollars a day, the pilgrimage’s economic benefit is marginal by comparison. But its great, untapped potential could bring significant riches to the kingdom in the long term.

“Religious tourism in Saudi Arabia may not have the current revenue-generating capacity of the oil and gas sector, but the religious significance of Mecca and Medina will never run dry,” said Robert Mogielnicki, a senior scholar at the Arab Gulf States Institute in Washington. “It serves as a crucial foundation to build out the broader Saudi tourism sector and market it to local, regional and international audiences.”

The potential for expansion is significant, says Steffen Hertog, an associate professor at the London School of Economics. Pilgrims could, for example, be incentivized to extend their trips in the country to visit other religious sites or engage in recreation, particularly during the year-round minor pilgrimage, the Umrah, where Hajj-related bottlenecks can be avoided, he said.

According to MasterCard’s latest Global Destination Cities Index, Mecca attracted $20 billion in tourist dollars in 2018, second only to Dubai.

Before the pandemic, pilgrimage revenues were forecast to average about $30 billion a year and create 100,000 jobs for Saudis by 2022. That was when the kingdom attracted around 21 million worshippers annually during the 10-day Hajj and Umrah pilgrimages, according to official data cited by Reuters.

The number of pilgrims has shrunk significantly during the pandemic, but the government is targeting 30 million pilgrims by 2030, which some analysts have said is an ambitious figure.

The pilgrimage has been a drain on the government’s finances due to the cost of infrastructure, maintenance and security, according to Hertog, but it has made big money for the private sector.

Mecca’s skyline around the millennia-old pilgrimage site is crowded with swanky skyscrapers housing Western hotel chains overlooking the Kaaba, the cube-shaped structure Muslims turn to in prayer five times a day. A night at the iconic Fairmont Makkah Clock Royal Tower, which overlooks the Kaaba, costs up to $4,000 for its most opulent suites for this year’s Hajj season. In a blow to private travel agencies abroad that organize pilgrimages for Muslims in the West, the Saudi government announced a new booking platform this year that obliges foreign pilgrims to register and pay for the process directly through the new government-run system called “Motawif.”

But the government has been trying to get a slice of that cake. In two years, the state-owned Public Investment Fund plans to open the Rou’a Al Haram Al Makki project just under a mile from the Kaaba, with 70,000 new hotel rooms and 9,000 residential units. It is expected to contribute 8 billion riyals ($2.1 billion) to the Saudi economy.

In a blow to private travel agencies abroad that organize pilgrimages for Muslims in the West, the Saudi government announced a new booking platform this year that obliges foreign pilgrims to register and pay for the process directly through the new government-run system called “Motawif.”

The system is designed to streamline the application process, but it has put travel agencies abroad out of business. In the United Kingdom alone, the sector is worth approximately $240 million and many Hajj operators there are now facing liquidation, according to the Independent newspaper.

Saudi authorities did not respond to CNN’s request for a comment.

The only threat to Saudi Arabia’s ambitions to capitalize on the pilgrimage “is decreasing religiosity across the world,” said Al-Ubaydli. “But as long as Muslims continue to want to visit these sites, they will represent massive economic opportunities to Saudi Arabia.”