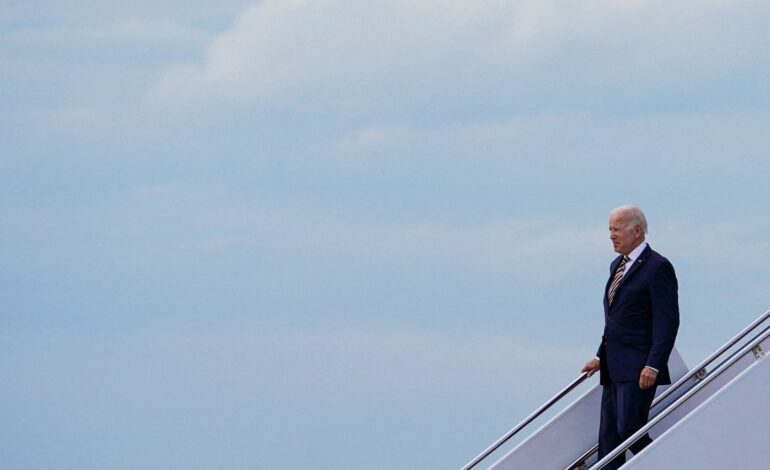 Biden leaves Tuesday night on his first visit to the Middle East as president, with stops in Israel, the Occupied West Bank and Saudi Arabia on his agenda.

The trip comes as Biden struggles at home to bring down gasoline prices that have contributed to a dip in his job approval ratings.

“I think that a surge in Saudi production seems unlikely,” said Ben Cahill, a senior fellow at the Center for Strategic and International Studies. “I expect some anodyne statements from Saudi Arabia about helping to balance the global oil market, meet global demand, support economic growth and stability among the import countries.”

The visit comes as Biden faces criticism at home from human rights groups for plans to see Saudi Crown Prince Mohammed bin Salman, the de facto leader whom the U.S. intelligence community concluded was behind the 2018 murder of Washington Post journalist and political opponent Jamal Khashoggi.

In a commentary published in the Washington Post late on Saturday, Biden said his aim was to reorient and not rupture relations with a country that has been a U.S. strategic partner for 80 years.

Sullivan, briefing reporters at the White House, said Biden has not expressed regret about previously referring to Saudi Arabia as a “pariah” for Khashoggi’s death.

But he said one of Biden’s objectives on the trip will be “publicly and privately advocating for universal values, including progress on human rights and political reform.”

Iran is expected to be discussed on the trip in a region nervous about Tehran’s influence. Sullivan said the U.S. believes Iran is preparing to provide Russia with up to several hundred drones, including some that are weapons capable, for use in its war against Ukraine.

He said the U.S. has information that shows Iran is preparing to train Russian forces to use these drones.