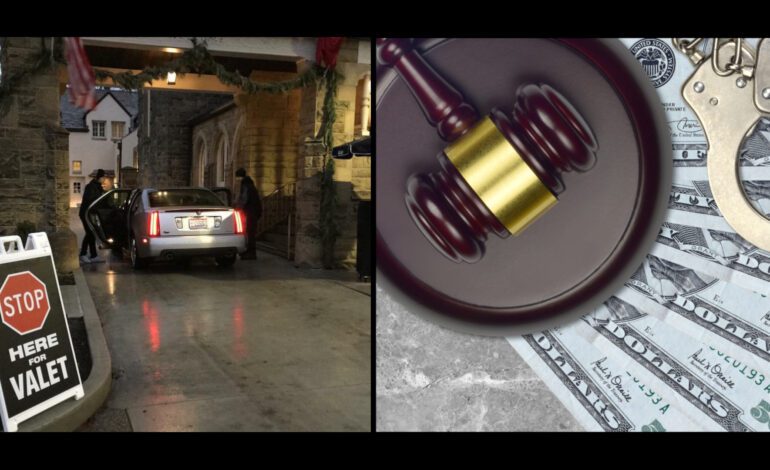 DEARBORN — Dearborn resident Hussein Adnan Bazzi, owner of A-Star Valet, is being accused of wire fraud by federal authorities who say he attempted to defraud investors out of more than $1 million.

An indictment filed in court by the U.S. Attorney’s Office says Bazzi sought large investments into his valet business from local investors by falsely claiming that he had lucrative valet contacts with major businesses like Somerset Collection Mall, MotorCity Casino and others.

Court records from the Eastern District of Michigan show Bazzi has retained local attorney Nabih Ayad, as of latest filings.

Bazzi is being charged with three counts of wire fraud for the alleged scheme.

If convicted, he will have to forfeit property or the equivalent sum in money for any funds traceable to the fraud scheme.

The indictment against Bazzi centers around two victims, one who owns several nightclubs in Metro Detroit and a local businessman, whom Bazzi defrauded in a scheme between August 2017 and January 2019.

Authorities allege that Bazzi solicited more than $1 million in investments into his valet business from the nightclub owner beginning in 2018, by telling him that he had secured lucrative contracts from the likes of the Renaissance Center, Somerset Collection, MotorCity Casino and even the Cedar Point amusement park in Ohio.

No such contracts existed and Bazzi showed the investor fraudulent documents to keep gaining investments from him over time.

To hide the fraud and gain confidence from the investor, Bazzi made three payments to the nightclub owner, claiming they represented a return on the businessman’s investment.

Bazzi also falsified communications to show that another major Michigan investor was injecting money into his business to encourage investments from the nightclub owner.

In 2018, Bazzi also pulled a similar scheme on another investor, a local businessman, though for a much smaller sum, the feds say.

The federal indictment alleges that Bazzi emailed the businessman false financial statements in order to trick him into believing his company had a lucrative contract with MGM Grand Casino in Detroit.

The indictment says Bazzi solicited a $125,000 investment from that businessman.

The legal age to buy tobacco, or even walk into a tobacco store, is now 21 in Michigan