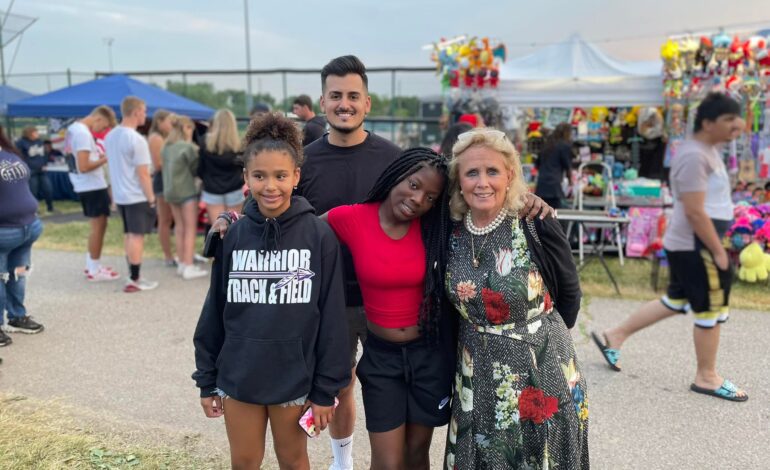 Dingell, widow of the of the late long-serving U.S. Rep. John Dingell, has been closely associated with Dearborn and surrounding areas, which ties into her late husband and predecessor’s long political legacy in the area.

The congresswoman had to choose to relocate to her new district after the state’s independent citizen-led redistricting commission created a new map for District 6 that covers much of the western parts of her current district, but leaves out Dearborn.

U.S. Rep. Rashida Tlaib (D-Detroit), who’s had a cooperative working relationship with Dingell, is a primary election candidate for the newly-drawn District 12, which will cover all of Dearborn and most of Dearborn Heights, and includes new communities like Southfield and the western Dearborn area.

“The current 12th District of Michigan has been my home and my community for decades,” Dingell said in a statement after the redistricting commission’s maps were finalized late last year. “For seven years, I have had the honor of serving the hardworking men and women of this district in Congress, and I will run for reelection to continue that work.”

She had said moving out of the city and district brought on very mixed and complicated emotions.

Dingell is running for a district that includes all of Washtenaw County and stretches downriver to significant parts of Wayne County. With the county seat in the populous Ann Arbor metro area that Dingell currently represents, the district is home to several prominent colleges and universities, for which Dingell has actively secured federal research dollars.

In fact, Dingell has had a long and sustained relationship with her district’s Arab American population.

This includes being a leading figure advocating for extending immigration protections for Yemeni and Lebanese nationals during recent periods of extreme humanitarian crisis; introducing legislation in the U.S. House to protect foster children inspired by the story of a Dearborn family in the 1980s; helping pass a drunk driving detection systems law for new vehicles in honor of the tragic drunk driving accident that killed a local Arab American family; introducing the Arab American Heritage month resolution in the House; calling for a federal audit it of the no-fly list and more.

Like many Democrats, Dingell has displayed sympathy for the plight of Palestinians living under Israel’s illegal occupation and has criticized Israeli aggression in recent years, but has also been taken to task by the local community for walking back prior bills that brought attention to the occupation’s brutal practices.

She has no competition for the Democratic ticket in the upcoming Aug. 2 primary election. On the Republican ticket are Indian American businesswoman Hima Kolanagireddy and Taiwanese American auto show product specialist Whittney Williams.

Q&A: Portia Roberson is running for the newly-drawn U.S. House District 13 in a crowded primary