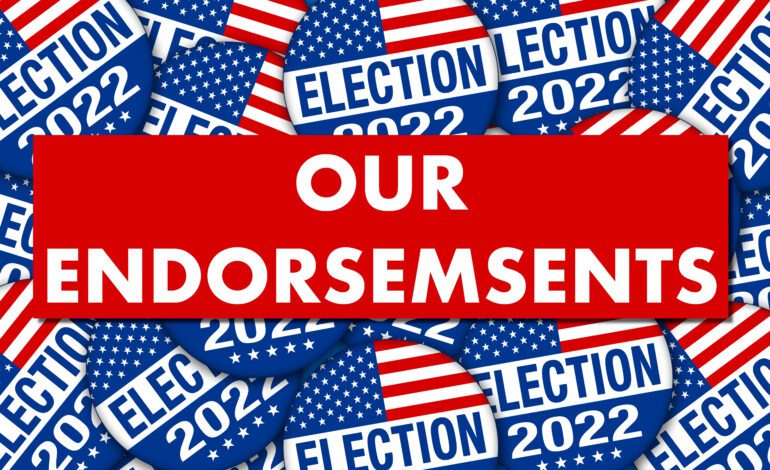 It is a fact that the primaries on August 2 are of particular importance for the Arab American communities in Southeast Michigan. This is not only because of the increasing number of Arab American candidates for either the U.S. Congress or the Michigan House of Representatives — where Arab American representation can reach an unimaginable level under the domes of the Capitol in Washington, DC and in Lansing — but also because of the political struggle between the progressive and traditional wings of the Democratic Party. The Israeli lobby is heavily engaged in the “Mother of all battles” in the U.S. House of Representatives 11th and 12th Districts, in an attempt to defeat U.S. Reps Andy Levin and Rashida Tlaib because of their positions that favor the rights of the Palestinian people.

Following the redistricting of Michigan’s electoral districts, the influence of the Arab American votes in Wayne County became decisive in at least four Michigan House of Representatives Districts encompassing Dearborn, Dearborn Heights and Hamtramck, with Dearborn being located on previous electoral maps almost entirely in District 15. Now the city, nicknamed today as the capital of Arab Americans, has become divided into three electoral districts, namely 3, 4 and 15, the last of which also includes Dearborn Heights, which has a growing large Arab American population as well.

However, this can only be achieved by voting heavily and in block, not scattering the Arab American votes among other unqualified Arab American candidates who decided to compete in this year’s election.

For this reason, The Arab American News decided to adopt the list of candidates supported by the Arab American Political Action Committee (AAPAC) for the three Dearborn districts in the State House of Representatives: Ghassan (Gus) Tarraf in District 4, Alabbas Farhat in District 3 and Bilal Hammoud in District 15.

As for the State House District 9, which includes Hamtramck and large neighborhoods of central and eastern Detroit, we call on voters to vote massively for State Rep. Abraham Aiyash, who seeks to retain his seat for a second term as the first American of Yemeni origin to serve in the Michigan House of Representatives.

In fact, the increasing number of Arab American candidates to compete in this election is not limited to the dense Arab American districts that resulted from the redrawing of electoral maps, as recent years have witnessed an increasing tendency among Arab Americans to engage in political and civic engagement, which has become noticeable in many local races in various fields of public service: Governmental, legislative, judicial and educational.

In this context, other Arab Americans are running in the primaries in districts far from Dearborn, Dearborn Heights and Hamtramck, but also in diverse Arab American communities. Among those who deserve our support are Howida Arraf (D), candidate for the U.S. Congressional District 10 in Macomb County. Also, the candidates for the Michigan House of Representatives are Rola Zarifa (R) in District 62 (Macomb County) and Stephanie Fakih (D) in District 54 (Oakland County).

The increasing number of Arab American candidates to compete in this election is not limited to the dense Arab American districts that resulted from the redrawing of electoral maps, as recent years have witnessed an increasing tendency among Arab Americans to engage in political and civic engagement.

Besides U.S. and state congressional races, there are many local races in which candidates close to the Arab American communities seek to retain their seats for another term, such as the Wayne County sheriff, the Wayne County commissioner races and the Wayne County executive race.

All the aforementioned races will be held in Democratic-leaning districts, ensuring — almost for sure — the victory of the candidates who qualify for the final round in the general elections on November 8. This reinforces the importance of voting in the primaries on August 2, as the power of the voters is magnified — and every vote becomes very valuable — in elections historically known for low voter turnout.

As for the U.S. congressional races, the Democratic confrontations between the progressive and the traditional wings within the Democratic Party are taking place in the 10th, 11th and 12th districts.

District 10, which is mostly located in Macomb County, is considered one of the most precarious electoral districts. Arab American candidate Howaida Arraf is running for the U.S. House of Representatives seat in a region where voters have tended since 2016 to vote for Republican candidates by a small margin over Democrats.

If Arraf qualifies for the general elections on November 8, she will have to face a Republican candidate supported by former President Trump; and if she defeats him, she will become the third representative of Palestinian origin to represent Michigan in the U.S. Congress, following U.S. Representative Rashida Tlaib and former U.S. Representative Justin Amash.

In the 11th Congressional District, a “bone-breaking” battle is raging between U.S. Representatives Andy Levin and Haley Stevens, with the latter getting tremendous support from the pro-Israeli lobby in the U.S.. Stevens has received donations exceeding $3 million from the American Israel Public Affairs Committee (AIPAC), and other political committees associated with it, to defeat Representative Levin, who comes from a prominent Jewish political family in Oakland County, is known for his close relations with the Arab community in the Detroit area and for his commitment to supporting Palestinian rights.

Winfrey was re-elected last year for a fifth term as Detroit city clerk, a position she has held since 2005, and through which she supervises the electoral process in the largest city in Michigan.

There is no doubt that the voter turnout in this primary election will decide the Democratic-leaning races in the 11th and 12th Districts and will ensure that Levin and Tlaib retain their seats for another term in the U.S. Congress, in addition to increasing Arraf’s chances of winning in the primary elections and qualifying for the general showdown in November.

In light of the foregoing, we at The Arab American News calls on Arab American voters not to underestimate the impacts of the primaries, which will decide — at an early stage — many local and national races.

On the eve of the elections, The Arab American News announces its endorsements for the candidates backed by the Arab American Political Action Committee (AAPAC), not only for its confidence in the eligibility of the candidates approved by the committee, but also for its confidence in the democratic mechanism that AAPAC members follow in their selection process in choosing the right candidates who serves the interest of the community and the country.

The Arab American News also decided to endorse some other candidates from outside the AAPAC list of endorsees.