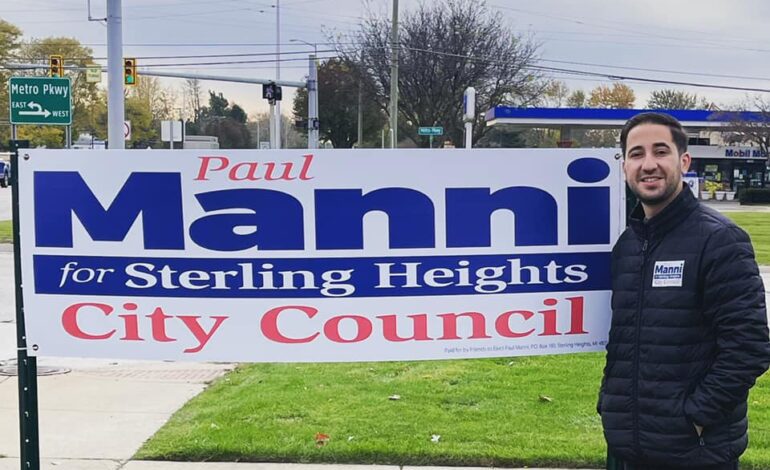 Last year, before the November 2 runoff for six seats on the Sterling Heights City Council, Manni had finished strong in the primaries as a newcomer to local politics, falling just behind six incumbents.

The Chaldean American ran on a platform of public safety, financial responsibility and representation of the “overlooked” but large Chaldean community in the city. He lost his bid in the November general election.

The Attorney General’s Office says that in the lead-up to the November election, the city clerk for Sterling Heights became suspicious when Manni personally dropped off approximately 50 absentee voter applications with his signature and an indication that he was delivering the applications at the voters’ request.

Nine of the voters included in the applications were reached by clerk staff to verify if they did, in fact, wish to apply for an absentee ballot.

Each of the nine individuals said they had not sought to apply for an absentee ballot.

None of the applications turned in by Manni resulted in a valid ballot going to the voter.

“These charges prove the state’s signature matching standards and other election security checks and balances catch instances of wrongdoing, prompt thorough investigations and result in appropriate action,” Nessel said. “I appreciate our ongoing partnership with the BOE to root out attempts to undermine our elections.”

A probable cause conference is scheduled for August 18 at 1 p.m.

Afghan man charged in deaths of two Muslim men in Albuquerque, prime suspect in two others