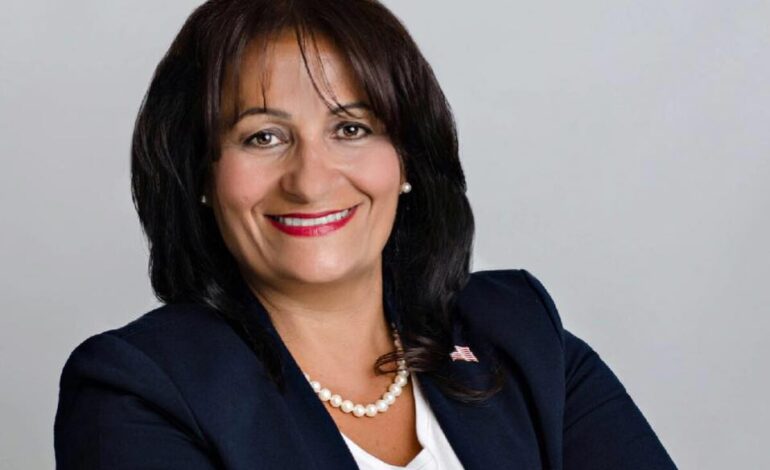 DEARBORN HEIGHTS — With a history of dedication to the education of children throughout the community, Nadia Berry is running for re-election to the Crestwood School Board. She is vying for one of two full term six-year seats on the board in the Nov. 8 election.

Berry has served the community’s children for more than 26 years as an early childhood liaison with the Dearborn Public Schools and has lived in the Crestwood district for more than 23 years.

Berry’s family is just as dedicated to public service as her brothers, Mike Jaafar, the Wayne County undersheriff, and Sam Jaafar, Wayne County’s director of Homeland Security. One of her three children, Nabeh, has also served in the U.S. Army and was awarded the Purple Heart following his combat tours in Iraq. Her son Abraham is a junior at Madonna University and her daughter, Nina, is attending nursing school.

Berry, the only elected trustee on the ballot, has been on the board since 2016 and has served as secretary, vice president and president. There are four seats up for grab in November, two partial terms for two-year seats and two full terms for six-year seats. Danielle Elzayat, who was appointed to the board last year, is running to retain her two-year term seat. David Williamson, Abdul Hammoudeh and Ali Nasser are also running for the partial two-year term.

Six of the seven trustees on the Crestwood Board of Education are Arab Americans.

“I have been a driving force in making the positive changes needed for our district,” Berry said. “I bring a legacy of effectiveness, a commitment to community and a willingness to tackle the tough challenges head-on with a wise head and an open heart. It takes the ‘we’, as in our communities, for the ‘I’, as in myself, to serve as an advocate to address and create resolutions for the core issues we face in our public education system. I have the proven ability to engage and include every diverse voice needed to make equitable decisions for all our children and families.”

Berry said that her experience with the education system as a mother of three and a member of the community has helped her to bring a change of culture to the district by being a positive voice, asking tough questions and creating a set of bold moves that have transformed the educational process.

“We need to hone our skills, not only as communicators, but as decision makers as a part of a collaborative unit,” she said. “Rigorous debate is an important part of the process, but we need to relieve parents from feeling like they have to be ‘watchdogs’ — and create a successful collaboration that leads to best practices and the confidence that comes from knowing the best idea is what is driving our district. What we need now is to stay informed by all the input we have and will have ongoing with the community, parents, students, and staff.”

Berry said she is proud of the changes that have positively impacted the students in the district during her tenure on the board.

“I have brought the education perspective, which is valuable when making decisions on important policy issues such as teacher support, training, evaluations, job descriptions, material to adopt, instructional programs, curriculum, standards and after-school intervention programs,” she said. “I want to help provide the absolute best education possible for our children and to provide the support and tools that teachers need to be successful at teaching. To have an open line of communication between staff, students, administration, community, board members and taxpayers, to be transparent and responsive to the community and the district as a whole. My push for social and emotional support of students is a key factor of the changes I helped implement.”