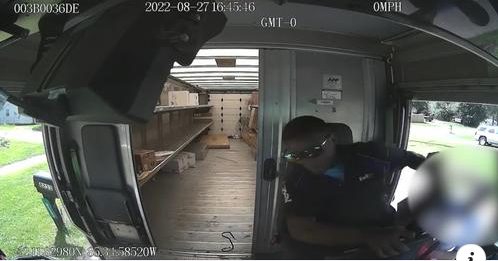 CANTON – On Thursday, the Michigan chapter of the Council on American Islamic Relations (CAIR-MI), a local branch of the nation’s leading Muslim civil rights and advocacy organization, urged for law enforcement to charge a White man with ethnic intimidation for an alleged racially-motivated assault of a Black FedEx driver in Portage.

CAIR-MI says that on Saturday, Aug. 27, the FedEx driver, who is also a U.S. Marine reservist, was reportedly followed, assaulted and insulted with racial slurs by a White man in Portage.

The alleged assault, which was caught on video, also included the suspect following the victim throughout his delivery route while also stealing others’ personal property from the FedEx truck. The suspect’s name has yet to be released.

“We call on law enforcement to charge the suspect in this apparent assault within the full extent of the law, including consideration of an ethnic intimidation charge,” said CAIR-MI Executive Director Dawud Walid. “No one should be intimidated from performing the duties of their occupation due to threats of violence and racial slurs.”

Walid also mentioned that Michigan state law has the Ethnic Intimidation Act, which was passed to prosecute individuals who commit acts such as in this case as well as to serve as a deterrent to individuals who desire to weaponize racial animus.

He said CAIR and the American Muslim community stand in solidarity with all those challenging anti-Semitism, anti-Black racism, xenophobia, Islamophobia and White supremacy.