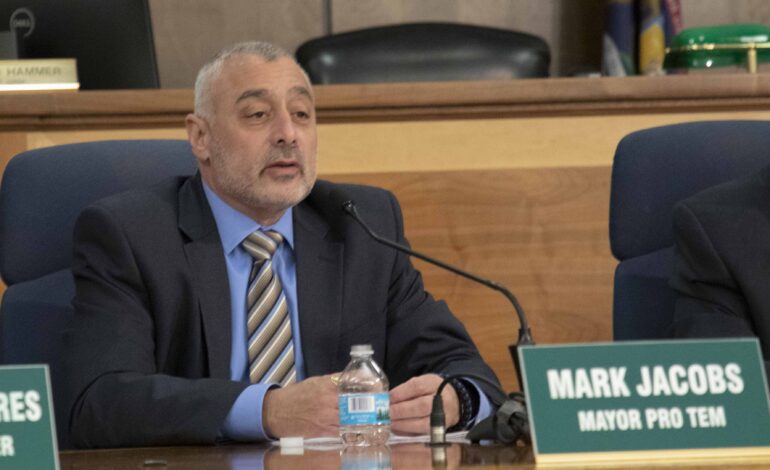 Jacobs is up against incumbent Randy Walker, who has served as mayor of the Wayne County city for 13 years. Jacobs is a lifelong resident of Garden City and has served on the City Council for the last seven years.

He is also a member of several clubs, including the Garden City Kiwanis, the UAW, the Garden City Youth Athletic Association, the American Legion and the Millwright Local.

The job, Jacobs said, can be a full-time position or potentially filled by a business student intern from a local college or university. He said this will give them hands-on experience as they go after businesses in an attempt to improve the economic development in the city.

“We have a lot of empty buildings that should be filled, or should be filling up,” he said. “Again that’s the number one goal. Another one of my goals is just going over all the local ordinances.”

The local ordinances according to Jacobs can be complicated and take some time for businesses to open or homeowners to buy and sell. He said he hopes to work through these issues pertaining to the ordinances to create a more effective way for the city to progress.

Jacobs said he also wants to increase open communication in order to adequately represent the residents of Garden City and their needs.

“We have to communicate, we have to get everybody together on the same page and talk about things,” he said.

Jacobs supports recreational marijuana stores being opened in the industrial part of Garden City in efforts to boost city revenue.

“I’m not quite ready to open it up city-wide, but I believe there is a place for it in our industrial area,” he said.

He said that since recreational marijuana usage is legal in the state and is well-regulated then it is something he is in support of if it will improve the city’s economic growth.

“We get rid of some blighted buildings, maybe build on some property in the industrial area, and the city gets money,” he said. “It’s a win-win for me,”

When referring to the residents of Garden City, Jacobs said, “They can trust me, I am very open; even if they don’t agree with me I will listen to their opinion, I will respect their opinion and I will discuss the situation.”

He shared with The Arab American News that he is open to having discussions with residents, listening to them and explaining his viewpoints.

Jacobs said he strives to serve the people of Garden City while he has the opportunity to and be there for the majority.

“I want a good legacy after I’m gone,” he said.