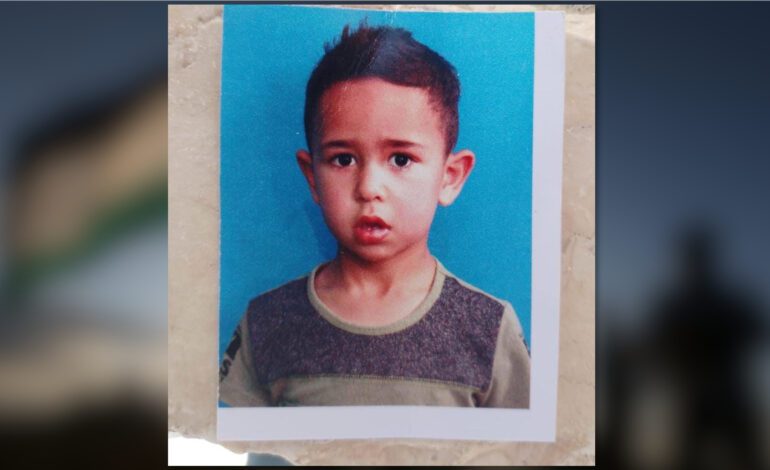 Rayan Suliman died while being chased by Israeli occupation forces

Children of my Gaza refugee camp were rarely afraid of monsters, but of Israeli soldiers. This is all that we talked about before going to bed. Unlike imaginary monsters in the closet or under the bed, Israeli soldiers are real, and they could show up any minute — at the door, on the roof or, as was often the case, right in the middle of the house.

The recent tragic death of a 7-year-old, Rayan Suliman, a Palestinian boy from the village of Tuqu near Bethlehem, in the occupied West Bank, stirred up so many memories. The little boy with olive skin, innocent face and bright eyes fell on the ground while being chased by Israeli soldiers, who accused him and his peers of throwing stones. He fell unconscious, blood poured out of his mouth and, despite efforts to revive him, he ceased to breathe.

This was the abrupt and tragic end of Rayan’s life. All the things that could have been, all the experiences that he could have lived and all the love that he could have imparted or received, all ended suddenly, as the boy lay face down on the pavement of a dusty road, in a poor village, without ever experiencing a single moment of being truly free, or even safe.

Adults often project their understanding of the world on children. We want to believe that Palestinian children are warriors against oppression, injustice and military occupation. Though Palestinian children develop political consciousness at a very young age, quite often their action of protesting against the Israeli military, chanting against invading soldiers or even throwing stones are not compelled by politics, but by something else entirely: Their fear of monsters.

This connection came to mind when I read the details of the harrowing experience that Rayan and many of the village children endure daily. Loved ones surround the the body of Palestinian child, Rayan Suliman, 7, who died after his heart stopped beating out of fear while being chased by Israeli occupation forces in Tuqu village in the occupied city of Bethlehem In September. Photo via Twitter

The children of Tuqu had much to fear, and their fears were all well-founded. A daily journey to school, taken by Rayan and many of his peers, accentuated these fears. To get to school, the kids had to cross Israeli military barbed wire, often manned by heavily armed Israeli soldiers.

Tuqu is a Palestinian village that, once upon a time, existed in an uncontested landscape. In 1957, the illegal Jewish settlement of  Tekoa was established on stolen Palestinian land. The nightmare had begun.

Israeli restrictions on Palestinian communities in that area increased, along with land annexation, travel restrictions and deepening apartheid. Several residents, mostly children from the village, were injured or killed by Israeli soldiers during repeated protests: The villagers wanted to have their life and freedom back; the soldiers wanted to ensure the continued oppression of Tuqu in the name of safeguarding the security of Tekoa. In 2017, a 17-year-old Palestinian boy, Hassan Mohammad al-Amour, was shot and killed during a protest; in 2019, another, Osama Hajahjeh, was seriously wounded.

The children of Tuqu had much to fear, and their fears were all well-founded. A daily journey to school, taken by Rayan and many of his peers, accentuated these fears. To get to school, the kids had to cross Israeli military barbed wire, often manned by heavily armed Israeli soldiers.

Sometimes, kids attempted to avoid the barbed wire so as to avoid the terrifying encounter. The soldiers anticipated this. “We tried to walk through the olive field next to the path, instead, but the soldiers hide in the trees there and grab us,” a 10-year-old boy from Tuqu, Mohammed Sabah, was quoted in an article by Sheren Khalel, published years ago.

The nightmare has been ongoing for years, and Rayan experienced that terrorizing journey for over a year, of soldiers waiting behind barbed wires, of mysterious creatures hiding behind trees, of hands grabbing little bodies, of children screaming for their parents, beseeching God and running in all directions.

Following Rayan’s death on September 29, the U.S. State Department, the British government and the European Union demanded an investigation, as if the reason why the little boy succumbing to his paralyzing fears was a mystery, as if the horror of Israeli military occupation and violence was not an everyday reality.

Rayan’s story, though tragic beyond words, is not unique but a repeat of other stories experienced by countless Palestinian children. A Palestinian child throws a stone at Israeli occupation forces, 2011. Photo via Reddit

The truth is, Palestinian children throw stones at Israeli soldiers, neither because of their supposedly inherent hatred of Israelis, nor as purely political acts. They do so because it is their only way of facing their own fears and coming to terms with their daily humiliation.

When Ahmad Manasra was run over by an Israeli settler’s car, and his cousin, Hassan, was killed in 2015, Israeli media and apologists fanned the flames of propaganda, claiming that Manasra, 13 at the time, was a representation of something bigger. Israel claimed that Manasra was shot for attempting to stab an Israeli guard, and that such action reflected deep-seated Palestinian hatred for Israeli Jews, another convenient proof of the indoctrination of Palestinian children by their supposedly violent culture. Despite his injuries and young age, Manasra was tried in 2016, and was sentenced to 12 years in prison.

Manasra comes from the Palestinian town of Beit Hanina, near Jerusalem. His story is, in many ways, similar to that of Rayan: A Palestinian town, an illegal Jewish settlement, soldiers, armed settlers, ethnic cleansing, land theft and real monsters, everywhere. None of this mattered to the Israeli court or to mainstream, corporate media. They turned a 13-year-old boy into a monster instead and used his image as a poster child of Palestinian terrorism taught at a very young age.

The truth is, Palestinian children throw stones at Israeli soldiers, neither because of their supposedly inherent hatred of Israelis, nor as purely political acts. They do so because it is their only way of facing their own fears and coming to terms with their daily humiliation.

Just before Rayan managed to escape the crowd of Israeli soldiers and was chased to his death, an exchange took place between his father and the soldiers. Rayan’s father told the Associated Press the soldiers had threatened that, if Rayan was not handed over, they would return at night to arrest him along with his older brothers, aged 8 and 10. For a Palestinian child, a nightly raid by Israeli soldiers is the most terrifying prospect. Rayan’s young heart could not bear the thought. He fell unconscious.

Doctors at the nearby Palestinian hospital of Beit Jala had a convincing medical explanation of why Rayan has died. A pediatric specialist spoke about increased stress levels, caused by “excess adrenaline secretion” and increased heartbeats, leading to a cardiac arrest. For Rayan, his brothers and many Palestinian children, the culprit is something else: The monsters who return at night and terrify the sleeping children.

Chances are, Rayan’s older brothers will be back in the streets of Tuqu, stones and slingshots in hand, ready to face their fears of monsters, even if they pay the price with their own lives.