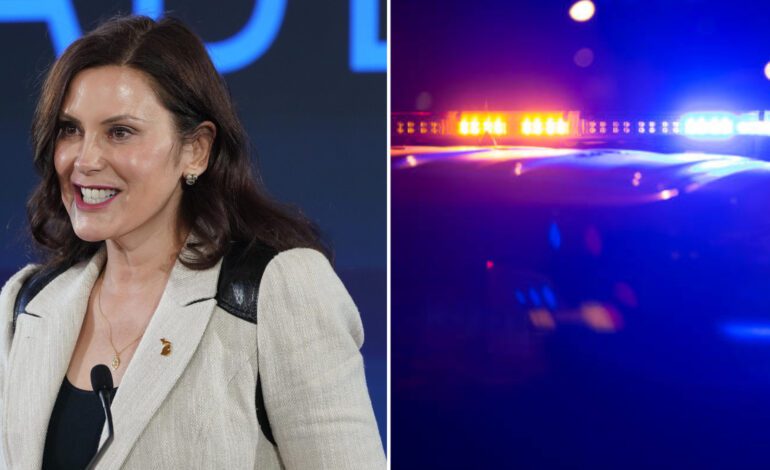 LANSING — Michigan has $30 million in funding to hire more local police officers across the states, Governor Whitmer announced this week.

The funding is made available through the Public Safety Academy Assistance Program, a grant scholarship established to help address the need for additional police officers by reducing or eliminating the cost associated with basic police training for hiring agencies, the Governor’s Office said in a press release.

Under the program, law enforcement agencies are eligible for up to $4,000 per recruit for salaries and benefits, and up to $20,000 for academy tuition and other training costs that are traditionally paid for by the employing agency. Applications are now open for agencies that intend to enroll recruits in an academy session beginning on or after January 1.

“As a former prosecutor, public safety is a top priority and I will work with anyone to ensure state and local law enforcement agencies have the resources, personnel and training they need to keep our communities safe,” Whitmer said. “After listening to law enforcement across the state, we are delivering $30 million in funding to help them hire additional officers. This funding is a critical component of our plan to boost investment in public safety across the state. Every Michigander deserves to feel safe while going to the grocery store, dropping their kids off to school or taking a walk around the block.”

Funding for the program comes from the 2023 bipartisan budget, which Whitmer signed in July. The budget also includes investments meant to “improve relationships between communities and law enforcement and graduates more state troopers to protect families and communities.”

“This grant program will help local law enforcement agencies screen, hire and enroll individuals to a basic law enforcement training academy increasing the number of police officers in our state,” said Timothy Bourgeois, executive director of the Michigan Commission on Law Enforcement Standards (MCOLES). “The availability of these scholarships may allow agencies to recruit and hire police officers who may otherwise not have had the means to pay to attend a law enforcement academy.”

Combined, Whitmer’s administration boasts $155 million in investment for communities to help them hire more cops, firefighters, EMTs and first responders. This builds on the $1.4 billion they have received over the last three years. Other public safety initiatives include money for gun violence prevention research, training, recruitment and development for state troopers, EMTs, increasing patrols in high-crime areas and bolstering the jail diversion fund, which help individuals with mental illness receive appropriate treatment services.

Whitmer’s office also highlights the signed the bipartisan “Clean Slate” legislation to help hundreds of thousands of Michiganders emerge from the criminal justice system with enhanced opportunities for jobs and housing.