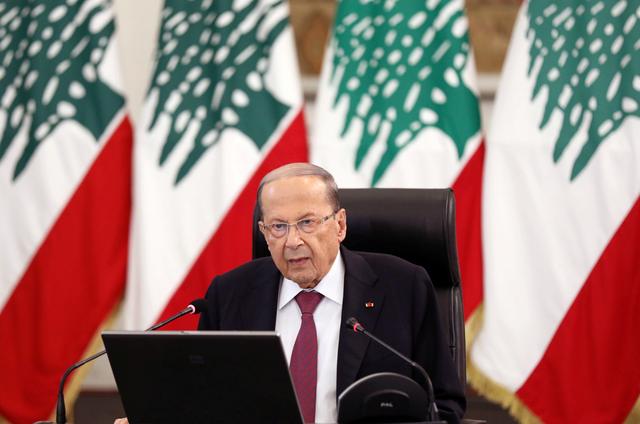 BEIRUT — Lebanon’s parliament failed to elect a president for the third time on Thursday, bringing the country closer to institutional deadlock amid a deep financial crisis.

Outgoing President Michel Aoun’s term ends on Oct. 31 and divisions remain among political blocs over the makeup of a new cabinet.

Lebanon has been without a fully functioning government since May. The presidency has fallen vacant several times since the 1975-90 civil war.

Lebanon’s financial meltdown has sunk the currency by more than 90 percent, spread poverty, paralyzed the financial system and frozen depositors out of their savings in the most destabilizing crisis since the country’s civil war.

A total of 119 of 128 parliamentarians convened for half an hour on Thursday. The election rules require a two-thirds quorum, meaning no one party or alliance can impose its choice.

A first round requires two-thirds of votes to win. If that fails, an absolute majority of votes is enough.

Thursday’s session saw 55 blank votes, 42 for anti-Hezbollah lawmaker Michel Mouawad and the rest of the ballots including scattered votes for political slogans. One vote was for a “benevolent dictator.”

Speaker of Parliament Nabih Berri has set the next session for Oct. 24.

Anticipating another vacuum at the top, politicians have stepped up efforts to agree on a new cabinet led by Sunni Muslim Prime Minister Najib Mikati — who is currently serving in a caretaker capacity — to which presidential powers could pass.

That could leave the country with no president and a caretaker cabinet.

Foreign powers, including the U.S. and European Union, have urged timely presidential elections.