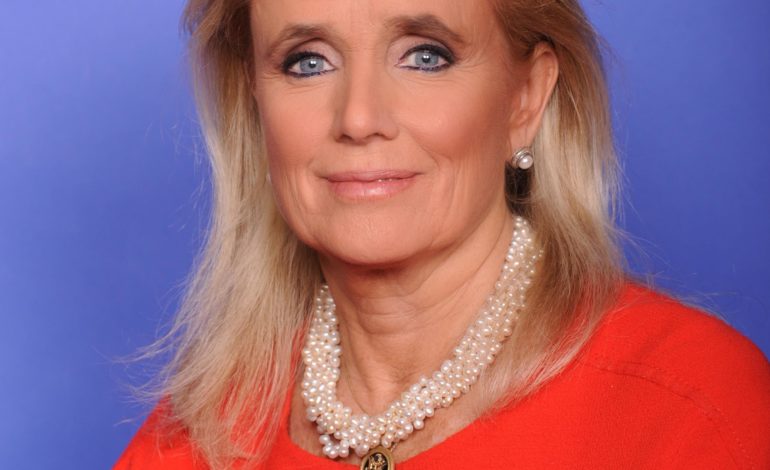 DEARBORN — An event honoring U.S. Rep Debbie Dingell (D-Dearborn) and her service to the city of Dearborn was held on Monday, Oct. 24 at the Ford Community and Performing Arts Center in Dearborn.

Dingell will no longer represent Dearborn as a result an independent citizen-led redistricting commission leaving the city out of the newly constructed District Six map.

Wayne County Commissioner Sam Baydoun served as the master of ceremonies and several other professionals spoke in honor of Dingell, including Mayor Abdullah Hammoud, Jay Makled from the UAW Local 600 and Mary Culler from Ford Motor Company.

Hammoud also spoke highly of Dingell and the significant role she has played in Dearborn’s livelihood as well as in his transition into both state representative and mayor.

“She’s been instrumental in improving the quality of life here in the city of Dearborn, and so, Debbie, from the bottom of my heart as Abdullah from Dearborn I thank you for your years of service,” Hammoud said.

Dingell wrapped up the evening with a speech expressing her gratitude for the years she’s been able to serve the city of Dearborn. She also emphasized her appreciation for the community’s support after the passing of her husband, the late U.S Rep John Dingell.

She’s been instrumental in improving the quality of life here in the city of Dearborn, and so, Debbie, from the bottom of my heart as Abdullah from Dearborn I thank you for your years of service. – Dearborn Mayor Abdullah Hammoud

Dingell stated that she was opposed to the redistricting, but it was out of her control. She addressed the need for the city to continue to stand up against hate and treat one another with love and compassion.

A long relationship with local community

Dingell is now running in the November election to represent the newly-drawn District Six after serving her current district and Dearborn for eight years.

Dingell, widow of the of the late long-serving U.S. Rep. John Dingell, has been closely associated with Dearborn and surrounding areas, which ties into her late husband and predecessor’s long political legacy in the area.

The newly-drawn Congressional district includes all of Washtenaw County and stretches downriver to significant parts of Wayne County. That means if elected, she will continue to serve Arab American concentrations in cities like Ypsilanti, Northville, Novi and more.

Announcing her decision to move out of Dearborn to the new district to run, Dingell said earlier this year that the move brought on very mixed and complicated emotions. “The current 12th District of Michigan has been my home and my community for decades,” Dingell said in a statement after the redistricting commission’s maps were finalized late last year. “For seven years, I have had the honor of serving the hardworking men and women of this district in Congress, and I will run for reelection to continue that work.”

Dingell long and sustained relationship with her district’s Arab American population included being a leading figure advocating for extending immigration protections for Yemeni and Lebanese nationals during recent periods of extreme humanitarian crisis; introducing legislation in the U.S. House to protect foster children inspired by the story of a Dearborn family in the 1980s; helping pass a drunk driving detection systems law for new vehicles in honor of the tragic drunk driving accident that killed a local Arab American family; introducing the Arab American Heritage month resolution in the House; calling for a federal audit it of the no-fly list and more.

Like many Democrats, Dingell has displayed sympathy for the plight of Palestinians living under Israel’s illegal occupation and has criticized Israeli aggression in recent years, but has also been taken to task by the local community for walking back prior bills that brought attention to the occupation’s brutal practices.

Dingell will face Republican Whittney Williams from Canton in the November 8 general election. Williams acquired 54 percent of the vote in the August primary.

– Hassan Abbas contributed to this article.