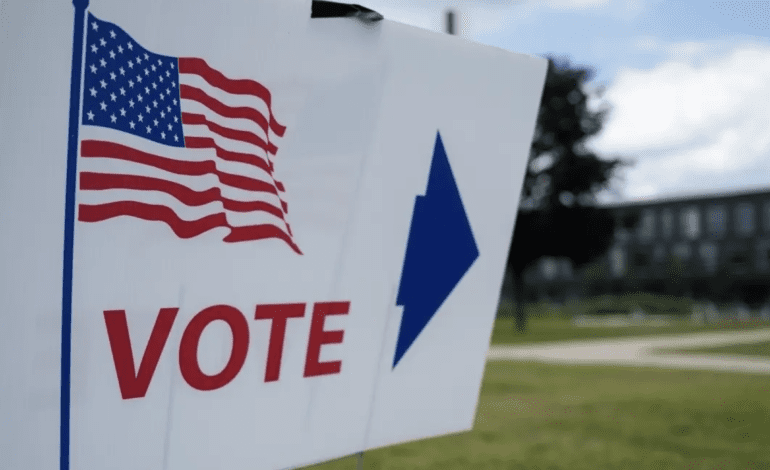 Michigan’s midterm election is on Tuesday, Nov. 8, and among the races at stake are for governor, secretary of state and attorney general.

There are also three ballot proposals that could change the state’s constitution, all 13 seats in the U.S. Congress and all the State House and Senate seats.

The midterm elections will likely prove pivotal across the county as there are several contested Senate and Congressional seats.

As you head to the polls on Tuesday or as you complete your absentee ballot ahead of Election Day, here are our recommendations and endorsements for the most important races that affect our community.

One of the most significant race in the state is the race for governor, where Democratic incumbent Gretchen Whitmer is being challenged by Republican Tudor Dixon.

Whitmer has a proven record of appointing more Arab Americans and Muslims in her administration in the last four years than any previous governor in the state or in the country.

Whitmer is leading Dixon in the latest polls, but the race is tightening in the days leading to Nov. 8. So every vote counts.

We strongly encourage our community to vote in favor of Governor Whitmer and re-elect her for another four years.

One of the secretary of state’s primary duties is to oversee the operations of Michigan’s elections and this hot race between incumbent Democrat Jocelyn Benson (D) and her Republican challenger, Kristina Karamo, will decide which of them will have that job.

Benson was elected in 2018, a year which saw Michigan women elected as governor, attorney general and secretary of state. The secretary of state oversees many of Michigan’s day-to-day operations, including license plates, driver’s licenses and elections — among many other responsibilities. Benson has been a friend and a loyal ally to Arab and Muslim Americans through out her career as professor of law at Wayne State University and her four-year tenure as secretary of state.

We encourage Arab American and Muslim voters to vote for Jocelyn Benson (D) for secretary of state.

In the race for attorney general, incumbent Dana Nessel (D) is facing off against Republican Matt DePerno.

Nessel was elected attorney general in 2018 and assumed office in January 2019. She previously worked as an assistant prosecutor in the Wayne County Prosecutor’s Office before opening her own law firm. Civil rights issues are a main focus of hers and she founded the Fair Michigan Foundation.

DePerno is a lawyer with his own law firm in Southwest Michigan and has been endorsed by former President Trump. His main issues, according to his campaign, include ending COVID mandates, outlawing critical race theory, securing elections, supporting police and backing constitutional liberties that he alleges Nessel has disregarded.

We strongly believe that Dana Nessel is the people’s lawyer and she will continue to be as such in the next four years. She appointed Arab American Fadwa Hammoud to be the Michigan solicitor general. Nessel has been a great attorney general and it will serve Michigan very well to re-elect her for another term.

We encourage Arab American and Muslim voters to cast their votes for Dana Nessel (D) for Michigan attorney general.

If approved by voters, members of the legislature, the governor, the lieutenant governor, the secretary of state and the attorney general would be required to file disclosures showing their sources of income, gifts, assets and more. They must also disclose any roles they hold in organizations.

The proposal would also limit representatives and senators to a combined 12 years in office.

We recommend a Yes vote on Proposal 1

If Michigan voters approve Proposal 2, there could be some major changes to the way the state processes ballots —which includes updates for military voters, solidifies absentee box protections and requires the state to enable access to early in-person voting.

If Proposal 2 is passed, it would add multiple changes to the Michigan Constitution by adding language to protect the right to vote, require absentee-ballot drop boxes and postage for absentee applications and ballots.

The proposal gives voters the right to verify their identities without requiring identification to vote. Perhaps the biggest change would be to the in-person voting, which would require nine days of early in-person voting.

We recommend a Yes vote on Proposal 2

The most contentious proposal of the year in Michigan received almost 600,000 valid signatures. The state requires 450,000 valid signatures to get in front of the Bureau of Elections and the Board of Canvassers. Despite the overwhelming number of signatures, two Republicans on the  Board of Canvassers refused to certify the petition until they were ordered to do so by the state Supreme Court.

The polarizing battle over Michigan’s abortion rights has intensified since the U.S. Supreme Court overturned Roe v. Wade in June.

Proposal 3 intends to mainly keep abortion legal as it was before the overturn of Roe v. Wade.

We strongly believe in the right for women to chose and proposal 3 guarantees this right.

Other races on the ballot this November are equally important, especially School Boards candidates in Dearborn and Dearborn Heights

We have compiled endorsements slates for Dearborn and Dearborn Heights and they are listed here. You may take this list, if you wish, to the voting booth on Election Day to help guide you in voting process.

We thank you for voting and appreciate your support of our list of endorsees.