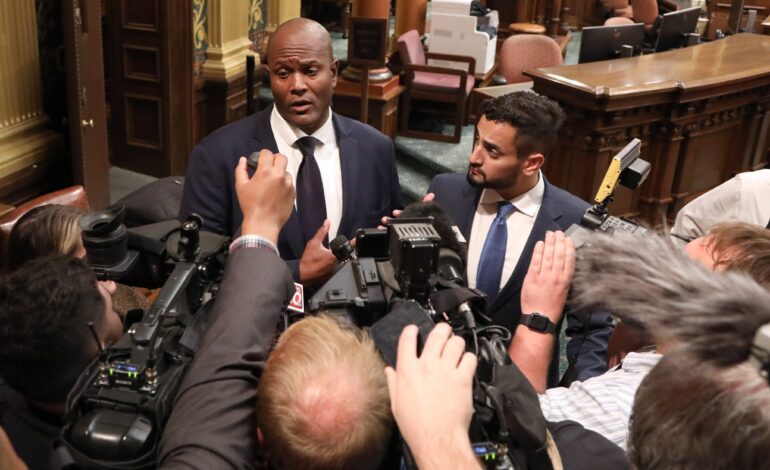 Hamtramck native Abraham Aiyash will become the first Arab American to be a majority leader in a state legislature next term after he was selected by his colleagues to be Michigan’s new majority floor leader of the State House. Aiyash will be the highest-ranking Muslim American in Michigan legislative history.

“Incredibly honored to have been selected by my colleagues as majority floor leader of the Michigan House of Representatives,” Aiyash said over Twitter on Thursday, as congratulations poured in.

The Michigan State University graduate is the child of working-class Yemeni immigrants and has long been embedded in the area’s politics. Besides representing Hamtramck — which now has the U.S.’ first all-Muslim City Council and mayor — and Detroit neighborhoods in the State House since 2020, Aiyash is often seen at community events and has even mediated diverse interests in the city during times of conflict.

Aiyash also saw a comfortable victory in his hometown to retain his seat in a newly-formed District Nine, which now includes eastern Detroit neighborhoods due to redistricting. Aiyash took 3,405 votes over Republican Michele Lundgren’s 715 in Hamtramck.

Detroit also came out heavy for Aiyash, where he landed 14,113 votes over Lundgren’s 863.

With unofficial results from the Nov. 8 general election out on Wednesday, Democrats in Michigan were poised for the first time since 1983 to control the governor’s mansion and both legislative chambers.

With one outstanding House race to be called by the Associated Press on Thursday, Democrats now have the 56 seats needed for a House majority, control 19 seats in the State Senate and have a tie-breaking vote with Lt. Gov. Garlin Gilchrist II.

With a power shift in the legislature, Democrats are expected to push through key legislative priorities to land them on Governor Whitmer’s desk. These could include the state’s “Right to Work” laws, education policy and gun laws.