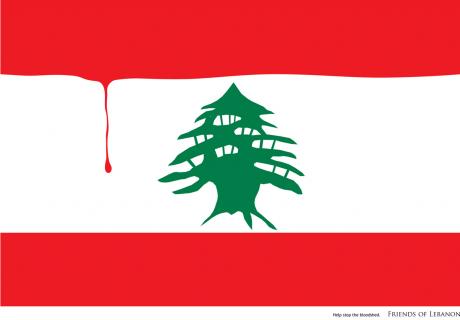 BEIRUT — A recent poll in Lebanon suggests deep pessimism about the chances of avoiding another civil war. Plenty of “wise owls” here think civil war is just a matter of time.

No less an oracle than Tarek, the doorman at the Alexandria Hotel in Ashrafiyeh, where the Israeli Military Command had its headquarters during its 1982 invasion, says civil war is certain. So does the sous-chef at Chez Paul’s where Sharon, Bashir Gemayel and Eli Hobeika used to meet and discuss “business.” And many in Lebanon’s parliament agree.

For months now, large wooden crates have been arriving at various locales in East Beirut and the mountains and hurriedly carried into buildings and various party headquarters, in violation of the 1989 Taif Accords which required local militias to disarm. (Rafik Hariri exempted Hizbullah from Taif arguing that Hizbullah was not a militia but the Lebanese resistance force since it only used its weapons against Israel).

What’s in those boxes? Are they weapons? If so, who paid for them? Hard to blame Iran and Syria this time since the recipients are their sworn enemies and are itching to fight them both, or more precisely, have Israel or the U.S. act on their behalf.

What about all that promised Bush administration cash and weaponry to shore up the Siniora regime? More than $200 million worth? It there a glitch with the shipping agent and is some of it going to local addresses other than the “new robust Lebanese army”?

To know for sure, one would want to walk around the Gemezzeh neighborhood in East Beirut around two in the morning near the rebuilt Phalange Party headquarters where Bashir Gemeyal was blown up on September 14, 1982, and nose around a bit.

And what’s that frenetic activity behind Walid Jumblatt’s estate at El Moukhtara in the Chouf? It has increased since his long meeting with G.W. Bush a couple of weeks ago.

And those fine new military style boots and swagger one sees among some of Saad Hariri’s March 14 movement young men. Armani or U.S. Army or Israeli issue?

Civil war may well be coming to Lebanon and there is currently plenty of sectarian tension and hatred in Lebanon. Some surfaced in late January when three Hizbullah supporters were killed. When the beautiful widow and young children of 29 year old Adnan Shamas, who was ambushed as he walked home following a visit to the opposition created “tent city” in downtown Beirut, appeared at his funeral there were calls of “blood for blood.”

Sabra-Shatila massacre participant Samir Geagea, now the leader of the Lebanese Forces Militia and recently feted in Washington, DC, beats his chest and taunts Hizbullah’s Secretary-General with threats like “Don’t you dare think Hassan Nasrallah that Beirut is Haifa (referring to the July War) or else Lebanon is headed for the worst.”

Some in the opposition dismiss the Siniora government as nothing more than “an organized crime syndicate that wants to turn Lebanon into another Iraq,” as Talal Arslan, an anti-government Druze leader (breaking ranks with Jumblatt) recently roared. Many accuse the government of functioning as agents of Israel and the Bush administration and demand early elections and a greater share of government posts for the growing anti-government coalition.

Other observers are concluding that Israel and the Bush administration must foment a civil war in order not to “lose” Lebanon and be driven from the region.

Pro-Israel “tink thanks” (Robert Fisk’s label) argue that having created a disaster for both the U.S. and Israel in Iraq and Afghanistan, and having failed miserably to destroy, much less seriously damage, Hizbullah during the July war, both Olmert and Bush desperately need a Lebanese civil war.

Their reasoning is that if Bush and Olmert can provoke Hizbullah into turning its guns on Lebanese rivals, which it has never done and refuses to do, (Nasrallah recently declaring that “they can kill 1,000 of the opposition and we will still refuse to participate in a civil war”) the U.S. and Israel can invade, destroy the Lebanese resistance and set up another “more sustainable” government, to borrow a pet term from Condoleezza Rice.

Other objectives expected to be achieved by another Lebanese civil war are to restore Israel’s deterrent credibility, intimidate the region and occupied territories, create an opening to attack Syria and conceivably go for a spectacular trifecta and bomb Iran as well.

The other side of the coin.

Hassan Nasrallah and his allies have vowed to prevent a civil war. In this goal they have the support of elements (if not a majority) in all the confessions and political parties.

Hizbullah has a habit of defeating Israel on the battlefield and increasingly in political circles and they may just prevail in preventing a civil war.

1. The April 30, 1985 Israeli withdrawal from Sidon, Tyre, Nabatiyeh and some Western Bekaa villages was the direct result of military pressure from a new organization which was publicly announced on February 16, 1985 and calling itself Hizbullah. Interestingly the same day Hizbullah went public Israel began its withdrawal and it was Hizbullah’s first victory over the Israeli military.

2. July 1993. Israel’s “Operation Accountability.” Same Israeli goals. Destroy Hizbullah, break its connection with the populace and pressure the Lebanese government to fight them. The U.N. counted 1,224 air raids and more than 28,000 U.S. shells fired into Lebanon by Israel, killing more than 150 civilians, wounding more than 500 and displacing more than 200,000 from 120 South Lebanon villages. In retaliation Hizbullah fired Katyusha rockets for 10 hours into Galilee settlements creating what Agence France Press of July 25, 1993 called a “hell of shelling.” Israel had enough and contacted Washington to arrange a ceasefire.

3. April 11, 1996. Israel’s “Operation Grapes of Wrath.” Same Israeli goals. Israel attacked Tallat al-Kayyal in Baalbek and expanded its attack the next day against the Lebanese army base in Tyre and neighborhoods in Beirut. Israel killed more than 250 civilians. Hundreds of thousands were displaced, more than 7,000 homes partially or completely destroyed.

Hizbullah had planned well and Katyusha rockets were fired on Israeli forces and settlements on a daily basis. As in 1993, Israel asked the Clinton administration to have Warren Christopher arrange a ceasefire which began at 6 p.m. on April 27, 1996. Hizbullah’s victory cost Shimon Peres, Clinton’s candidate, to lose the May 29, 1996 Israeli election. Interestingly on March 23, 2007 Peres acknowledged before the Winograd Commission looking into Israel’s performance in the July war, that he would not have invaded Lebanon and tried to defeat Hizbullah in July of 2006. Peres told the Commission: “We can’t defeat Hizbullah unless we burn every inch of Lebanon.”

4. May 24, 2000. After 22 years of occupying more than 10 percent of Lebanon, Hizbullah forced Israel to withdraw from all but the Shebaa farms in one night, abandoning its planned phased withdrawal as well as its agents, the South Lebanon Army. Contrary to Israeli scare tactics, there was no Hizbullah retaliation against Lebanese collaborators. This fact earned Hizbullah the respect of all Lebanon’s confessions, not least, the Christian community.

5. Hizbullah’s victory in the 2006 July war is common knowledge and discussed in the new volume: “The Price We Pay: A Quarter Century of Israel’s Use of American Weapons in Lebanon,” available at ngolebanon@aol.com.

The consequences of these five Israeli defeats have been unacceptable for Israel. Its invincibility myth is now the butt of late night TV jokes. The Hizbullah-led Lebanese resistance has caught the imagination of much of the world including the occupied Palestinian territories. Israel and the Bush administration believe the only solution is another civil war in Lebanon so they can destroy Hizbullah. As former U.S. envoy John Bolton made clear to the BBC on March 22, 2007, he also favors “another round.”

Bolton is aware of the recent reports sent to the U.S. Senate Intelligence Committee in February, 2007 which suggests that the CIA believes Israel may well cease to exist in its current form by the centenary of the 1947-48 Nakba which led to the establishment of the Jewish state. The report predicts a significant increase in current emigration from Israel mainly to the U.S., Western Europe and Russia and continuing decline in immigration to Israel. Bolton blames Hizbullah. But a congressional staff member offered the CIA view on March 21, 2007:

“History teaches us that resistance eventually trumps occupation every time and Israel has never seriously considered a just peace with the Palestinians or its Arab neighbors. There is no rational reason to think that they will now. It’s the Masada syndrome. Fanatics run Israel and they would rather destroy themselves than give back what they stole from the Palestinians.”

As Israel continues its nearly daily violations of Lebanese sovereignty, the main concern of U.S. intelligence analysts is not a nuclear Iran, but rather how to get Israel’s finger off its 350 nuclear warheads. Some U.S. Defense Intelligence Agency analysts believe that Israel will indeed try to use its arsenal and that a nuclear holocaust is likely.

Rapture-seeking Christian fundamentalists told the March 2007 AIPAC conference in Washington D.C. that when this happens it will be God’s will and any surviving Jews will then convert to Jesus or burn in hell. Either way works for them.

Few in the U.S. intelligence community doubt that if Israel fires its nuclear arsenal their targets will include America. Why would Israel not spare the U.S. after 60 years of support including total aid in excess of one trillion dollars? The reason is Israel sees the American public as getting ” all wobbly” (read: slightly more informed thanks to the diligent efforts of dozens of courageous pro-Palestinian/pro Arab and pro peace interest groups in the U.S. as well as the Iraq catastrophe) and will sooner rather than later, dump Israel.

Freezing Israel’s nuclear trigger is the question of the hour. Meanwhile, Israel and the Bush administration continue trying to ignite an Iraq style civil war in Lebanon. Hizbullah and their Christian and Muslim allies are trying to prevent one. Which side will prevail?

Ladies and gentlemen, the bell has sounded for Round Six: Israel vs. Hizbullah. The arena is holding its collective breath. The outcome is uncertain. To date the score is Hizbullah 5, Israel 0. On the issue of a civil war in Lebanon, place your bets please.

Franklin Lamb has been in Lebanon researching a book for the past nine months. “Hizbullah: a Brief Guide for Beginners,” in expected in early summer, 2007. From CounterPunch.com