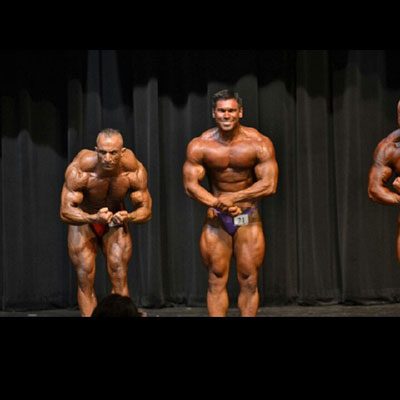 The competition took place on April 26 at Rochester’s Adams High School. He competed against bodybuilders from 13 other Midwest states in the heavyweight division.
Klait, better known as “Big Abe,” has also shown well in is past competitions. He placed second in Michigan in 2006 and last year he received third place in the Midwest NPC Simmons-Peckham Showdown.
“I did a lot of shows for 20 years,” Klait said.
To prepare for bodybuilding shows, Klait said the most important factor is diet and nutrition. The Dearborn resident’s diet consists of eating seven meals every day of chicken, broccoli and lots of water.
“Dieting is the main priority in bodybuilding, and then training and lifting weights come next,” he said. “It is not easy, rather it is very hard.”
“You have to feed your body the right amount of calories, the right fat and carbs, and of course protein. You have to be very dedicated to bodybuilding and staying away from drugs and steroids.”
Klait is thankful for having the support of his family.
“I want to thank my wife, Mageda, because I go through a hard time in dieting, and she supports me every step of the way. I thank God I have her,” he said.
This week, Klait is preparing for a national show. “I hope to win because I am in the best shape ever.”
By Aisha Mohamed