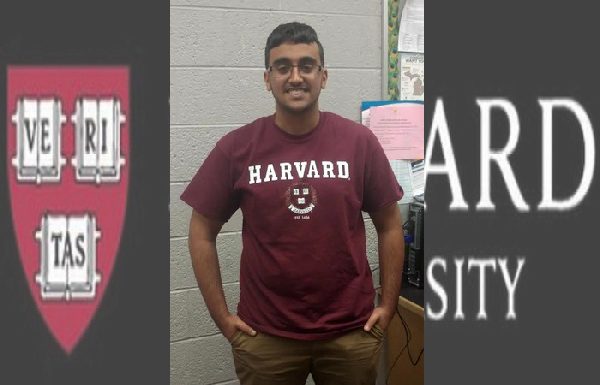 DEARBORN — To be accepted into Harvard, you first need to apply. Ali Nasser was not afraid to present his credentials to the Ivy League school’s admission office. The Edsel Ford High School student considered the application a test to his academic abilities. He was not disappointed.
Nasser is soft spoken. He is industrious and studious. But it is his drive for success that makes him exceptionally bright.
He was thrilled by the acceptance letter.
“When I found out, I screamed; I went to tell my mom, my parents,” Nasser said. “I couldn’t sit down for a good hour or two. I got up, put some sneakers on and started walking around my neighborhood. It was really exciting.”
Nasser spends most of his time studying.
He said his parents, who never went to college, always stressed the importance of education.
“They used to always remind us — ‘the number one thing is your school,'” he said.
Nasser spent two and half years in Yemen, his family’s homeland. His experiences at the impoverished nation led him to further appreciate the opportunities here.
The Edsel Ford senior said there is a great emphasis on going to college in the Yemeni community because hard working parents want their children to have more prosperous careers.
“That has motivated me and others to live up to the challenge,” he said.
Nasser is eager to learn from Harvard instructors.
“I’m looking forward to meeting new people and doing research over there and learning from those world-renowned professors,” he said.
Asked about his major, Nasser said Harvard refers to fields of study as concentrations. His concentration will be in neurobiology.
In his scarce free time —when he is not doing school-related activities— Nasser watches anime shows.
He also enjoys running.
“Whenever I feel stressed out, running is a stress reliever,” he said.
Nasser encouraged younger students not to be scared to apply to top schools.
“My Arab American identity is very important,” he said. “I want to show students who are coming in as immigrants that it’s possible to do well in school and go places. If you work hard and use the opportunities you have, then you’ll be able to succeed.”
The Yemeni American Harvard-bound student is looking to proudly represent his Arab American heritage at the Ivy League university.
“While I’m there, I want to show everyone that Arab Americans aren’t all the stereotypes that you hear on the news and from the media,” Nasser said. “We’re just normal people, trying to live life.”
By Ali Harb