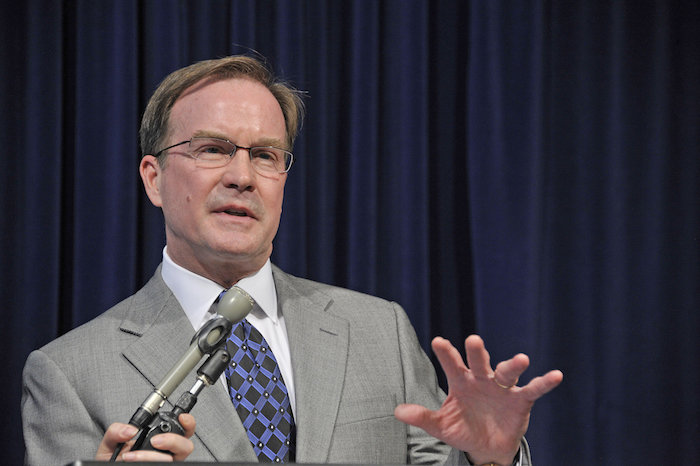 With the announcement, Schuette
joins a growing list of Michigan Republicans, including Lt. Governor Brian Calley, who are supporting
Trump.

While at the Mackinac Policy
Conference, Schuette was quoted saying, “I’m going to
support the Republican Nominee and that’s going to be Donald Trump.”

Michigan groups quickly
criticized Schuette’s endorsement. A state known for it’s large immigrant and
refugee population, many believe that a Trump presidency wouldn’t be in the
best interest of Michiganders.

“If Bill Schuette was looking for
more ways to convince the people of Michigan that he has the wrong priorities,
he’s certainly done it by endorsing a dangerous candidate like Donald Trump,” said
Lonnie Scott, executive director of Progress Michigan. “As Michigan’s
attorney general, Schuette is supposed to protect Michiganders, but by
supporting Trump he is endorsing violence against protesters, the
criminalization of women’s health care and predatory business practices like
those pushed by Trump University. Schuette and Trump both have the wrong
priorities for Michigan.”