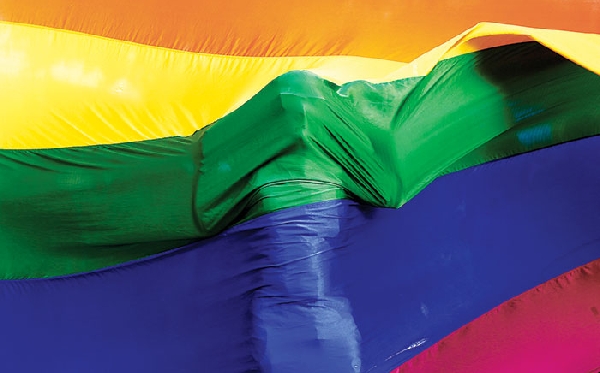 DEARBORN — An Arab American man was searched invasively at the entrance of Detroit’s Gay Pride festival this weekend, following the Orlando shooting at Pulse night club on Sunday.

“What are you here for?” a guard asked the 27-year-old Dearborn man.

Bassam (not his real name) is one of many gay Arab Americans who lead double lives to maintain two aspects of their identity that seem irreconcilable.

After a suspected extremist killed 49 people at the gay club in Florida, the tragedy hit home for many LGBTQ Arab Americans.

“It is the worst news I ever heard in my life,” Bassam said.

He added that the loss of life in Orlando felt personal to him.

Bassam immigrated to Dearborn from Yemen as a teenager. In his early 20s, he moved to another town to avoid the anti-gay attitudes in the local Arab community. He wasn’t happy there, either. He could not make friends or break into local social circles. He moved back to Dearborn.

“The homophobia got worse after I came back,” he said.

Bassam is out to a select group of Arab Americans. Otherwise, he avoids discussing his sexual orientation.

He said he has heard despicable statements made about gays by people who assume he is straight.

“To some people here, being gay is worse than murder,” he said.

Bassam said he was not surprised by media reports claiming that Orlando shooter Omar Mateen is gay.

“He was trying to fit into communities that did not accept him,” he said. “I suspected he was gay immediately. If his parents loved him and supported him, it may have been different.”

Bassam has faced prejudice from the gay community. He has received Islamophobic and racist messages on a gay dating app.

One user introduced himself to Bassam as a Donald Trump supporter, saying that he will run around putting bacon at mosques’ doors if the presumptive Republican nominee loses.

However, Bassam is heartened by the compassionate response from the gay and Muslim communities after Sunday’s attack.

He said despite the pain of the tragedy, he hopes that it can lead to more tolerance.

Bassam called on Arab Americans to care less about others’ sexual orientation.

“You don’t have to support it,” he said. “Live your life and let us live ours and deal with the religious consequences. Let God judge us.”

Alaaeddine, 26, is openly gay, but he chose to be identified by his first name only to spare his relatives criticism from the community.

He said his Muslim family has always loved him and has come to accept his sexual orientation.

Alaaeddine said he felt immediately hurt when he heard about the massacre.

“I have the same experience as these people,” he said.

The Dearborn resident said the club goers in Orlando were attacked in a place where they should have felt safe.

Alaaeddine said the identity of the perpetrator did not affect his perception of the crime.

“It’s a horrible act regardless of who committed it,” he said. “But I knew the moment that it was a Muslim, the media will take it against a whole community. This is not the first time something happens and they blame it on an entire community or religion.”

Alaaeddine said there are homophobic views that can turn violent within the Arab culture, although religion is open to interpretation.

“It’s fine to believe whatever you want to believe,” Alaaeddine said. “You don’t have to like homosexuals. You don’t have to agree with them. But at least you have to respect that they have freedom; and you cannot interfere with that.”

“And these religious leaders and politicians need to change their attitude about it because they are influencing the public,” he said.

He also encouraged closeted gay Arabs to come out to their families, which he believes would force a change in the perception of homosexuality.

Asked about being a part of two different communities that face bigotry, Alaaeddine said that, as a gay Arab, “It sucks. I don’t want to choose a side.”

He added that being Arab and Muslim and gay are not at odds with each other, as evidenced by the fact that his family does not mind his sexuality.

He warned against painting with a broad brush.

Jameel (not his real name) said he felt traumatized by the massacre.

“The first thought that came to my head was, ‘Not again, another shooting,'” he said. “But this one hit home really close. I was imagining myself going out with my friends and something like this happening.”

Jameel was more direct in blaming homophobia for the murders. He suspected that the shooter hated himself for being gay.

“People aren’t born with hate; they learn hate,” Jameel said. “If our culture was different, all of this may have been avoided.”

“At this time, LGBTQ Muslims who experience an intersection of identities not only have to consistently work to combat Islamophobia; but they also face homophobic persecution by communities across America in multiple social dimensions,” Amanda Chahine of Z-Collective said in a statement. She cited police brutality against LGBTQ individuals and transphobic legislation.

Chahine called for reconstructing Arab and Muslim Americans’ views on homosexuality and acknowledging the “prominent existence” of gays within those communities.

“Systematic oppression is not exclusive to one community,” she said. “In order to properly address discrimination and injustice, we must acknowledge the intersectionality of marginalized communities across the country (Black Muslims, queer Arabs, trans people of color, etc.).”

She encouraged inclusiveness to combat the anti-Muslim stereotypes fueled by the attack.

Rana Elmir, the deputy director of the ACLU of Michigan, also called for unity
against those promoting divisions. She said the narrative from the Orlando tragedy should not be about gays against Muslims.

She added that both the LGBTQ and the Muslim communities are incredibly diverse.

“Those who are most at risk live at the intersection of identity – in this case, both LGBTQ and Muslim,” she said. “They suffer the indignities of anti-Muslim and anti-LGBTQ sentiment simultaneously and shamefully from their own respective communities. We are stronger when we recognize, embrace and uplift the overlap and stand shoulder to shoulder against the violence, discrimination and hatred we collectively face.”

Elmir urged her fellow Muslim Americans, who understand too well the effects of discrimination, to reject intolerance.

“Politicians who seek to exploit this tragedy do not stand in solidarity, but in divisiveness,” she said. “By committing to a united front, the LGBTQ, Muslim and communities of color stand in power and resilience.”

In the lead-up to the Supreme Court’s decision to legalize gay marriage, many prominent Arab and Muslim activists and scholars argued for solidarity with the LGBTQ community.

Muslim activist Asha Noor put the Orlando tragedy within the context of the suffering of marginalized communities in America.

“Their loss is ours as well,” she said.

She added that Muslims have a shared struggle with LGBTQ individuals.

She added that as a Muslim woman who has LGBTQ friends, she felt directly affected by the attack.

Noor said homophobia is not a Muslim-only issue.

“It is a problem on a societal level in this country,” she said. “When it comes to religion and the American identity, there has long been an element of homophobia. Being Muslim in America doesn’t really change that.”

As for combating homophobia among Muslim Americans, Noor suggested looking at progressive churches that have been able to engage and include all parts of their communities.