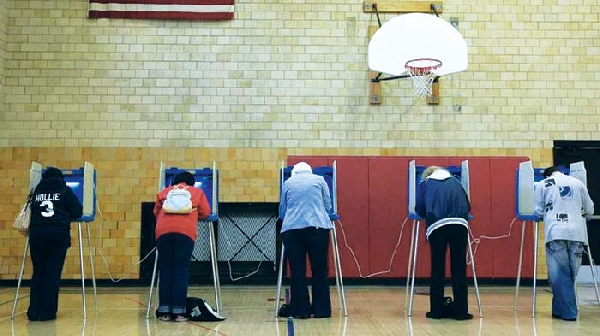 This election season has been marred by vulgarity, insults and incivility. But the negativity should not discourage you from casting your vote on Aug. 2.

It is important that Arab Americans vote in each and every election to demonstrate the community’s political agenda and safeguard its interests.

Additionally, county races, a Dearborn district judge position and state rep. seats are up for grabs. There are also local proposals. These are important positions that impact residents’ daily lives.

Every able resident should participate in making those choices.

We ask all parties to refrain from personal insults and condemn name-calling and unfounded accusations by their supporters.

We, Arabs, are passionate people. Some community members have taken the rivalry in some local races too far. In the heat of the judge and state rep. races, campaigning has taken dark turns.

But it is not too late to correct this behavior.

Democracy entails disagreement. Candidates must believe they are the most fit for the job; they think they are more qualified than their opponents. The competition in convincing voters’ of those merits should not turn into animosity.

There will be life after Aug. 2.

Arab American candidates such as Abbie Bazzi, Susan Dabaja, Abdullah Hammoud and Jacklin Zeidan may not make it to the general elections in November.

However, one candidate will surely be on the ballot then. His name is Donald Trump. A presidential candidate who has pledged to ban Muslims from entering the United States, to have them carry a special ID cards and register them in a special database.

Facing Trump is a hawkish candidate, whose husband made Trump-like comments at the Democratic National Convention. Our community is pressed between Hillary Clinton’s neoliberalism and Donald Trump’s fascism.

Political engagement and involvement are more vital today than ever. You should vote on Aug. 2, no matter who your favored candidate is.

At a time when the election process is being poisoned by obscenity and recklessness nationally and locally, Arab Americans can defeat those vulgar voices by putting democracy to work next week.

“Frogs may bellow louder than bulls, but they cannot drag the plough in the field nor turn the wheel of the winepress, and of their skins you cannot make shoes,” Lebanese American philosopher Kahlil Gibran says.

Foolish voices are bellowing loudly and mindlessly on social media today. Your vote can defeat them on Tuesday.