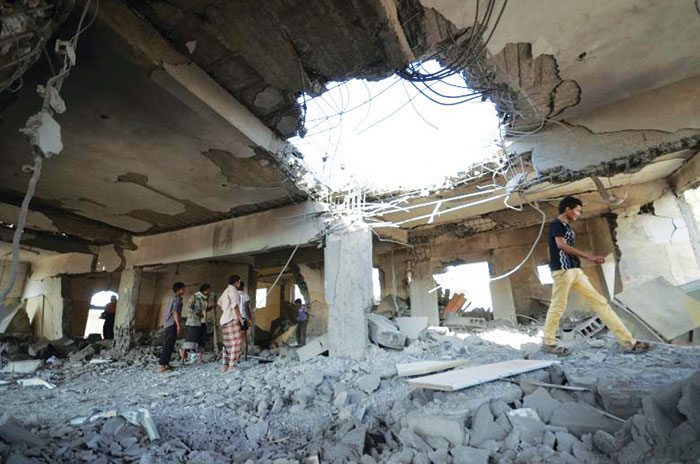 The kingdom leads a mostly Gulf Arab military alliance which has launched thousands of air strikes in support of forces loyal to President Abd-Rabbu Mansour Hadi, who was driven into Saudi exile by the Houthi movement.

But the campaign failed to dislodge the group and their allies in Yemen’s army from the capital Sanaa, and the U.N. proposal to end the stalemate envisions Hadi handing his powers to a less divisive deputy in exchange for the Houthis quitting main cities.

While both parties unofficially rejected the proposal last week, a senior diplomat at the United Nations told Reuters that Saudi Arabia appeared broadly to accept the initiative and had encouraged Hadi to deal with it.

“As far as I’m aware the Saudis have accepted the roadmap … they have certainly done a very good job behind the scenes of encouraging Hadi to get closer on the spectrum of accepting it than he previously was,” said the diplomat, who spoke on condition of anonymity.

The United Arab Emirates, another key country in the coalition, said last week that it supported the plan.

“The legitimate government was too quick to denounce the peace initiative … pushing for reconciliation requires both sides to pay a price,” Abdulrahman al-Rashed wrote in the Arab News daily.