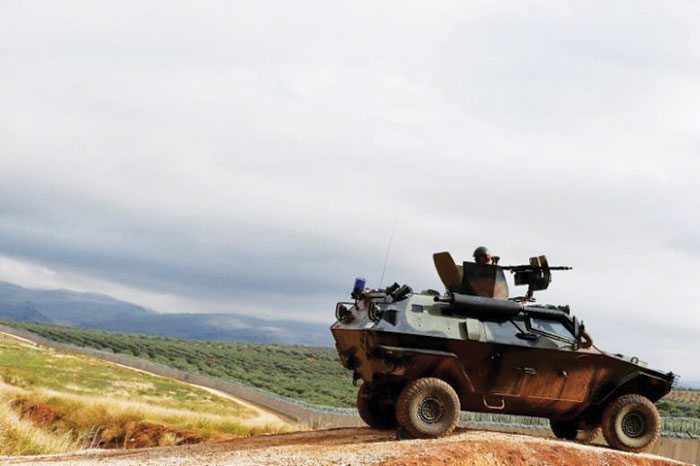 ANKRA — Turkey aims to have fully secured its borders in the first half of next year, Defence Minister Fikri Isik said on Thursday, as Turkish-backed forces pursue a campaign to clear ISIS and Kurdish fighters from a strip of northern Syria.

NATO member Turkey sent tanks, warplanes and artillery into Syria in August in support of mostly Arab and Turkmen rebels in a bid to drive ISIS from a roughly 55-mile stretch of border territory and prevent Kurdish militia fighters seizing ground in their wake.

It has also sent military reinforcements to the border with northern Iraq, where the Kurdish militant PKK, which has fought a three-decade insurgency against the Turkish state, has bases.

“It is expected that the full security of our borders will be established in the first half of 2017,” Isik said in a presentation to parliament.

He said the next stage of Turkey’s Syria offensive, dubbed “Euphrates Shield”, was to push further south and “cleanse” areas including the city of al-Bab from ISIS.

Al-Bab is of strategic importance to Turkey because Kurdish-dominated militias have also been pursuing a drive to seize it.

Turkey’s incursion into Syria came as it stepped up operations against the PKK in its own southeast and weeks after a failed coup, sparking concern among allies that its armed forces – the second-largest in NATO – might be overstretched.

The armed forces would recruit more than 30,000 new personnel, some of them students, over the next four years to replenish its ranks, Isik added, confirming comments from a defense ministry official on Wednesday.