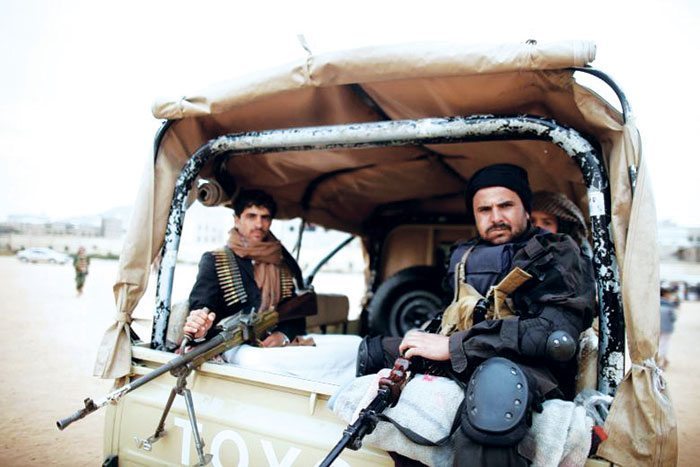 HODEIDAH — Yemen’s Houthi group said on Wednesday it was ready to stop fighting and join a national unity government, raising hopes of a resolution to a conflict that has killed more than 10,000 people.

The announcement appeared to confirm the details of a deal set out by U.S. Secretary of State John Kerry a day earlier that he said included plans for a ceasefire starting on Thursday.

Mohammed al-Bukhaiti, a member of the political council of the Houthi’s Ansarullah group, said Saudi Arabia had also agreed to end its involvement in the war – though there was no official confirmation from Riyadh.

An Arab alliance led by Saudi Arabia intervened in the Yemen conflict in March last year in support of President Abd-Rabbu Mansour Hadi after the Iran-aligned Houthis advanced on his interim capital in Aden and forced him into exile.

“Ansarullah’s position has been and still is with stopping the war and the establishment of a national unity government that incorporates all political components,” Bukhaiti told Reuters, responding to a question on Kerry’s announcement.

“The new thing is in the position of Saudi (Arabia), which has agreed in principle to stop the war as one of the parties to the conflict,” Bukhaiti added.

After months of bombings and other attacks, no side has emerged as the dominant force in a war that has displaced more than three million people, left parts of the population on the edge of starvation and given room for a powerful branch of al Qaeda to expand its operations.

Kerry, in what could be his last trip to the Gulf before President Barack Obama’s term ends in January, said on Tuesday that officials from the Houthi group and the Saudi-led coalition meeting had agreed to a ceasefire starting on Thursday.

Underlining the complexity of the situation, Hadi’s government quickly rejected the move, complaining that it had been bypassed. Copies of a U.N. peace plan seen by Reuters in October suggested he would be sidelined in any future government.