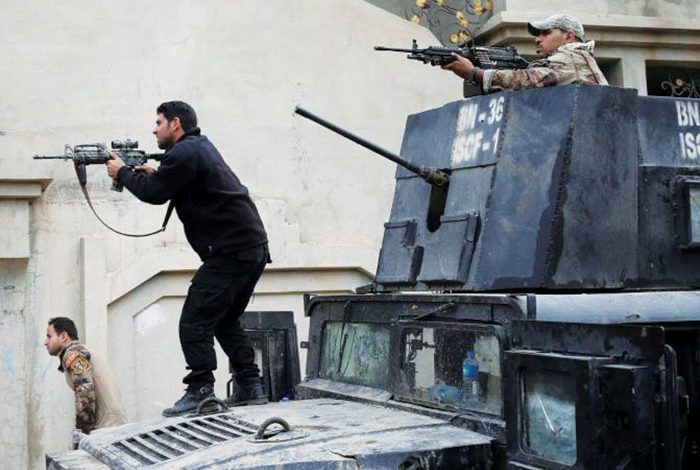 BAGHDAD — Iraqi militias said on Wednesday they had driven ISIS fighters from an air base west of Mosul, a victory which would threaten the group’s supply route from Syria to its last major stronghold in Iraq.

“The airport of Tal Afar has been liberated,” Yusif al-Kallabi, a spokesman for Popular Mobilisation, a coalition of mainly Iranian-backed militias, told Iraqi state TV.

The capture of the base, if confirmed, could be a significant development in the campaign to recapture Mosul, ISIS’ de facto capital since its forces swept through Iraq in 2014.

Tal Afar lies about 38 miles west of Mosul on the main road to Syria. Its seizure could also alarm Turkey, which is wary of Iraqi involvement in Syria’s civil war.

“Tal Afar will be the starting block for the
liberation of all the area…to the Syrian border and beyond the Syria border,” said Hadi al-Amiri, head of Badr Organization, Popular Mobilisation’s largest component, in a video clip.

While the Badr Organization is fighting ISIS west of Mosul, regular army and police units are trying to advance from the other sides, backed by Kurdish Peshmerga fighters deployed in the north and the east.

Iraqi counter-terrorism forces breached ISIS defenses in east Mosul two weeks ago but have faced resistance from the militants, who have fought back with suicide car bombs, snipers and waves of counter-attacks.

The campaign that began on Oct. 17 with air and ground support from a U.S.-led coalition is the biggest operation in Iraq since the 2003 invasion that toppled Saddam Hussein.