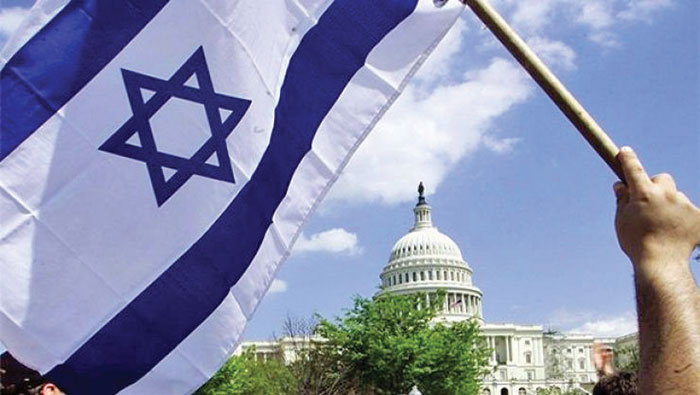 The U.N. Security Council resolution passed 14-0, with the U.S. abstaining, citing that Jewish settlements are impediment to Israeli-Palestinian peace.

On the other hand, the House legislation, which garnered broad bipartisan support and passed 342 to 80, was drafted in response to, and refutation of, the United Nation’s condemnation of Israeli settlements, chastising that the Obama administration’s refusal to veto the U.N. Security Council resolution “undermined Washington’s decades-long position of opposing anti-Israel action at the United Nations.”

A similar bipartisan legislation was introduced this week in the Senate, where Sen. Ted Cruz (R-Texas) slammed Obama and his administration, saying the failure to veto the U.N. measure marked their attempt “to lash out… at Israel with their last breath in office.” Cruz said he intend to propose legislation designed to “cut funding to the U.N. unless the anti-Israel resolution is repealed.”

White House aides said President Obama felt that after eight years he had simply ran out of ways to convince the Israeli right-wing government that “building Jewish settlements on confiscated Palestinian land is sabotaging hopes for peace.”

The non-binding House measure calls for the U.N. resolution to be repealed.

Obama achieved the bare minimum by hitting the brakes on decades of unconditional support of Israel, including repudiating any criticism of the state.

Dingell, Kildee and Conyers joined more than 73 Democrats in voting against the House measure. Conyers, a longtime civil rights leader and the Dean of the House, was applauded by this newspaper when he refused to attend Israeli Prime Minister Benjamin Netanyahu’s inflammatory and insulting speech on Capitol Hill in 2015.

While Dingell did attend Netanyahu’s speech, citing an obligation to “listen to world leaders” as the reason for her attendance, she has also been righteously critical of the prime minister. Dingell was also one of three freshmen legislators who declined an AIPAC-sponsored trip to Israel in 2015.

Amash, who is of Palestinian American origin, was one of four Republicans who voted against the legislation. He consistently opposes U.S. intervention in the Middle East and is a staunch supporter of civil liberties.

President Obama achieved the bare minimum by hitting the brakes on decades of unconditional support of Israel, including repudiating any criticism of the state. In light of the U.N. resolution’s 14-0 vote, abstaining was the least he could do.

The separation of powers and checks and balances are the most important concepts of the American Republic and essential pillars of our democracy.

On Capitol Hill, it was business as usual for Congress, which more than once teamed up to oppose President Obama regarding a stance the international community did not hesitate to act upon.

It is a fact that the same Congress’ welcoming Netanyahu to the Capitol marginalized the White House, broke international diplomatic protocols and insulted the president of the United States.

The separation of powers and checks and balances are the most important concepts of the American Republic and essential pillars of our democracy. Congressional opposition to the president’s stance may have been good and necessary at times, but not when it obviously serves the interest of a foreign nation at the expense of our own.

U.S. is perhaps the only nation in the world where the legislative branch is so steadfastly in opposition to its leader on foreign affairs.

It is obvious that Congress’ opposition this time only followed in the trajectory of the contentious characteristic of eight years of gridlock. It was illustrative in posing the peculiarities of the only nation in the world where the legislative branch is so steadfastly in opposition to its leader on foreign affairs.

Some Congressional Democrats believe the Capitol Hill vote had more to do with taking a final jab at Obama than at condemning his administration’s vote at the U.N.

“It’s subterfuge,” fumed House Rep. Gerry Connolly (D-VA), who voted no on the resolution. “This is about kicking a president on the way out, one more time.”

Though this is partially true, the fact remains most of the Democrats in Congress voted for the resolution.

Republican House Speaker Paul Ryan speaking shortly before the House vote said “I am stunned at what happened last month. This government – our government – abandoned our ally Israel when she needed us the most.” “It is time to repair the damage done by this misguided hit job at the U.N.”

Furthermore, the four Michigan representatives, in the minority, should be commended for publicly taking a bold and courageous position in support of their president, standing with their local constituencies, as well as the international community, for the interests of world peace.