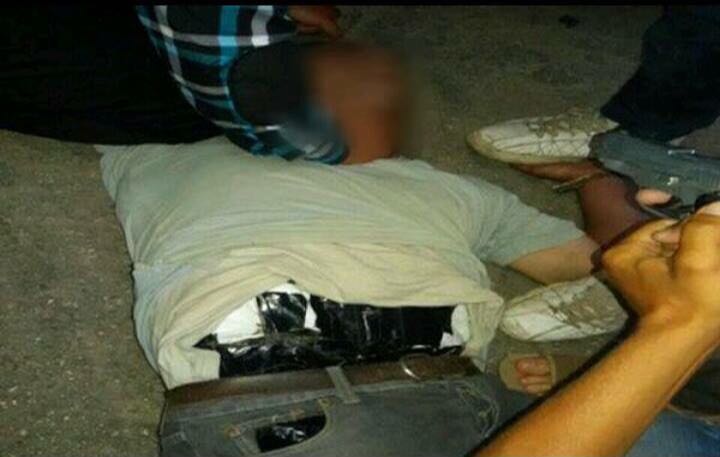 Lebanese security forces secure the street near the cafe in Hamra street in Beirut where a suicide bomber was arrested minutes before exploding himself on January 22, 2017

BEIRUT, Lebanon – Lebanese security forces arrested a would-be suicide bomber inside a crowded cafe in one of the busiest neighbourhoods in the capital Beirut on Saturday night, security sources told AFP.

The sources, speaking on condition of anonymity, said a man wearing an explosive bomb belt had been detained by authorities after entering a coffee shop in the upscale Hamra neighbourhood in west Beirut.

The suspect was injured during the arrest, with several soldiers holding him down to ensure he was not able to detonate the belt.

The cafe is on the main street of the bustling area, and was filled with people socialising on a weekend evening when the arrest occurred around 2100 GMT.

The sources said the man was being followed by security forces, who have stepped up foot patrols in the neighborhood in recent weeks.

The suspect was injured during the arrest, with several soldiers holding him down to ensure he was not able to detonate the belt, one security source said.

He was taken to a nearby hospital for treatment before interrogation, the sources added.

Lebanon has been hit by a string of bomb attacks in recent years, with some linked to the ongoing war in neighbouring Syria.

Some of the deadliest blasts have targeted neighbourhoods sympathetic to the powerful Shiite Hezbollah movement, which is fighting alongside Syria’s government against an uprising.

The casualties in the blasts have been almost exclusively civilians.

The Hamra neighbourhood, a district known for shopping and nightlife, has not previously been hit by an attack.

But in June 2016, the army said it had arrested jihadists from the Islamic State group planning attacks against busy areas, including Hamra.

An AFP correspondent in Hamra said a heavy security presence remained in place with the cafe and several nearby restaurants closing after the incident.

But residents could still be seen on the street, which was reopened to traffic around an hour after the arrest.