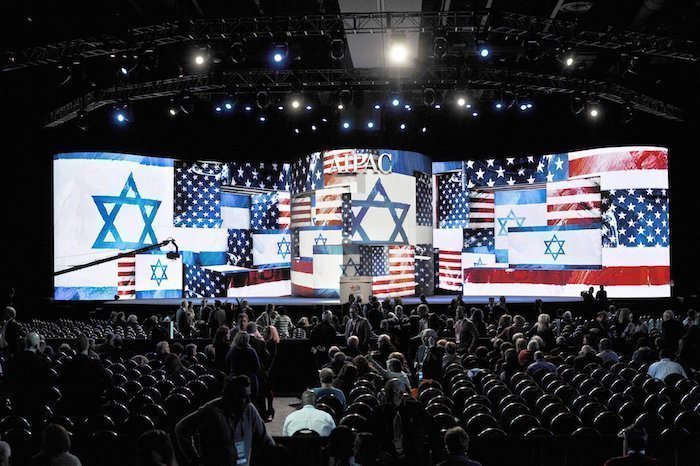 WASHINGTON — A recent study by the Pew Research Center has shown that support for Israel plummeted nearly 25 percent among members of the Democratic party in the last nine months.

Democratic party allegiance towards Israel has dropped 43 to 33 percent, according to the study.

For decades, Democratic support for Israel has been strong, with liberal supporters of Israel earning the slang pejorative “PEP” (Progressive Except Palestine), to describe the liberal dilemma in supporting the highly militant state.

The United States has historically been relatively bipartisan in its support for Israel. American Jews are typically inclined to be Democrats and every Democratic president has followed through with foreign policies that favor the Jewish state. However, while the overall consensus within both major party platforms has been generally unequivocal on Israeli support, Republicans have remained more inclined and more likely to support Israel than Democrats.

When Gallup first asked Americans about their attitudes towards Israel in 1988, the margins of support for Israel among Republicans and Democrats were very similar. Republicans favored Israel by a margin of 45 percent to 15 percent; Democrats 37 percent to 13 percent.

These figures also showed the average Democrat trailing slightly behind his or her Republican counterpart as Zionist supporters. The figures also reinforce the overall legislative and Congressional consensus on Israel reflected in a policy that remained consistently pro-Zionist across successive administrations.

Support for Israel surged among both parties post-9/11, dropping among Democrats and Independents in the years after. Still, Democrats tend to be more likely than Republicans to support Israel than favor Palestine.

Recently, however, support has been split. Among Democrats, opinion is divided between 33 percent in favor of Israel and 31 percent sympathizing with Palestinians. While, in some ways, these results reinforce decades of intransigent pro-Zionist policy from both parties, there also are many striking new changes that coincide with the nearly 25 percent drop in support for Israel reported by the study.

“This is a consistent pattern,” said Ronald Stockton, professor of Political Science at the University of Michigan-Dearborn. “Support for Israel was previously on the left. Now it is on the right.”

Stockton identified the relationship each party has with Israeli Prime Minister Netanyahu as one reason why relations have been noticeably volatile in the past year.

“Netanyahu responded [adversely] to the State of the Union, an insult to Obama,” Stockton said.

While President Obama awarded Israel with the largest military aid package in U.S. history and continued to support the Jewish state, his presidency was marked by a remarkably strained relationship with Netanyahu.

The prime minister’s heated address to Congress in 2015 definitely rubbed the 45 percent of Democrats who view him unfavorably the wrong way. Considering that the sharpest drop in the last few years was particularly salient within the past year suggests that a multitude of factors were at play.

The unassailable influence of Sen. Bernie Sander’s (I-VT.) social and economic policy platform percolated into a left-wing aversions towards Israel manifested in attitudes that differed from the intransigent Zionism expressed by former Secretary of State Hillary Clinton.

Sanders, having won Michigan during the Democratic presidential primaries, was heavily supported by the Great Lakes State’s Muslim and Arab constituency. Sanders, who is Jewish, won Dearborn 63 to 37 in March.

Weiss also emphasized the growing maturity of the Democratic demographic in representing the increasing saliency of a more diverse political voice, commending the millennial generation of Arab Americans for being been far more outspoken than their predecessors.

The obvious influence of Arab American voters, along with a contemporary dissatisfaction with race relations in America, is paving the way for seismic shifts in the outlook about Israel.

“The [Democrats] are becoming more mixed and sympathetic to non-whites,” Stockton said. “Israel is increasingly seen as a racist state.”

Survey results from “The Times of Israel” in 2015 confirmed that 47 percent of Democrats agreed that Israel is a racist country, in contrast to 13 percent of Republicans with this view.

Several surveys conducted throughout 2016, including by the Washington Post, ABC News, NBC News, The New York Times and the Pew Research Center, have shown Americans’ attitudes towards race relations as abysmal and the lowest in years.

At its highest since 1978, the partisan gap between Democrats and Republicans with respect to Israel reflects a great deal on aspects of both domestic and international politics in the last few years.

Yet, these unprecedented and highly monumental shifts in attitude in two major parties scrambling to reconstruct among seismic schisms are only expected to accelerate the trajectory of changing public and partisan opinion.