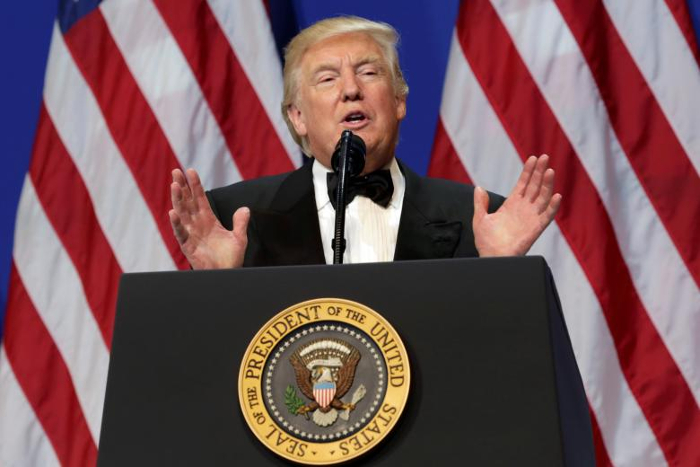 WASHINGTON — U.S. President Donald Trump is expected to sign several executive orders on Wednesday restricting immigration from Syria and six other Middle Eastern or African countries, according to several congressional aides and immigration experts briefed on the matter.
In addition to Syria, Trump’s orders are expected to temporarily restrict access to the United States for most refugees. Another order will block visas from being issued to those from Iraq, Iran, Libya, Somalia, Sudan and Yemen, said the aides and experts, who asked not to be identified.
The restrictions on refugees are likely to include a multi-month ban on admissions from all countries until the State Department and the Department of Homeland Security can make the vetting process more rigorous.
Stephen Legomsky, a former chief counsel at U.S. Citizenship and Immigration Services in the Obama administration, said the president has the authority to limit refugee admissions and the issuance of visas to specific countries if it is determined to be in the public’s interest.
“From a legal standpoint, it would be exactly within his legal rights,” said Legomsky, who now is a professor at Washington University School of Law in St. Louis. “But from a policy standpoint it would be terrible idea because there is such an urgent humanitarian need right now for refugees.”
The Republican president was expected to sign the orders at the headquarters of the Department of Homeland Security, whose responsibilities include immigration and border security.
On the campaign trail, Trump initially proposed a temporary ban on Muslims entering the United States, which he said would protect Americans from jihadist attacks. Many Trump supporters decried former President Barack Obama’s decision to increase the number of Syrian refugees admitted to the United States over fears that those fleeing the country’s civil war would carry out attacks.