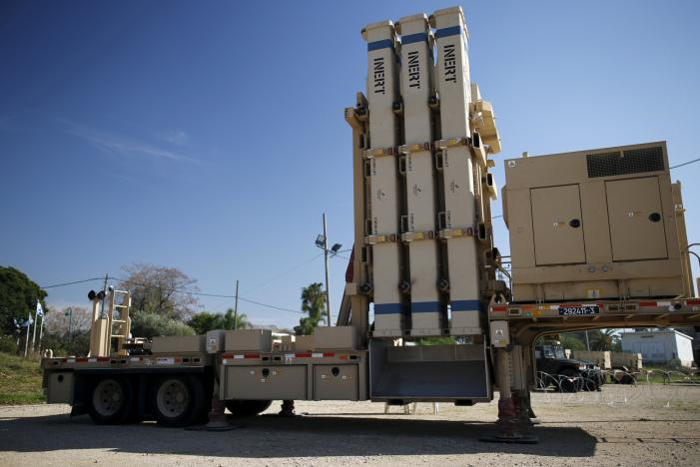 TEL AViV ― Israel has completed successful tests of an advanced version of its ‘David’s Sling’ intermediate missile interceptor system that it is developing jointly with the United States, the Defense Ministry said on Wednesday.
The system is designed to shoot down rockets with ranges of 63 to 125 mile) such as those in the arsenal of Hezbollah or aircraft or low-flying cruise missiles.
An initial version of David’s Sling completed testing in December 2015 and has been handed over to the Israeli air force but it has not yet been declared operational, a ministry official said.
The system is being developed and manufactured jointly by Israel’s state-owned Rafael Advanced Defense Systems and Raytheon, a top U.S. arms maker.
The advanced testing announced on Wednesday included the interception of air-launched incoming test target missiles high over the Mediterranean, Moshe Patel of the Israel Missile Defense Organization said in a telephone briefing.
“The tests were intended to simulate anticipated future threats and in the coming years our system will deliver to the Israeli air force more capabilities and more confidence,” Patel said.
David’s Sling will fill the operational gap between the already deployed Iron Dome short-range rocket interceptor and the Arrow ballistic missile interceptor, both of which are in service.