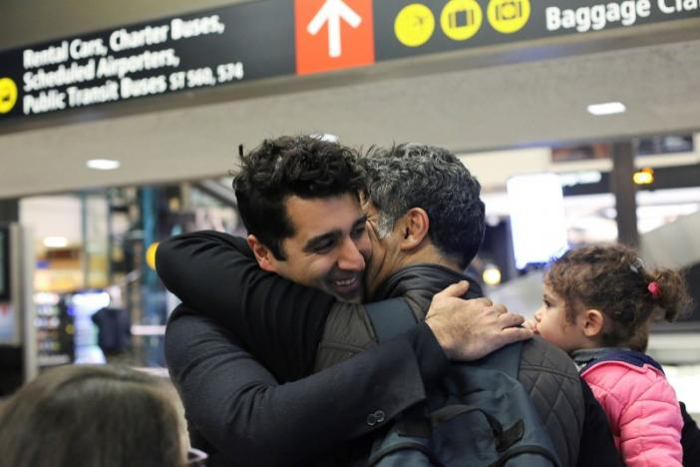 SAN FRANCISCO ― A federal appeals court on Thursday unanimously upheld a temporary suspension of President Donald Trump’s order that restricted travel from seven Muslim-majority countries.
The 9th U.S. Circuit Court of Appeals ruling came in a challenge to Trump’s order filed by the states of Washington and Minnesota. The U.S. Supreme Court will likely determine the case’s final outcome.
Trump’s Jan. 27 executive order barred entry for citizens from Iran, Iraq, Libya, Somalia, Sudan, Syria and Yemen for 90 days and imposed a 120-day halt on all refugees, except refugees from Syria who are barred indefinitely.
U.S. District Judge James Robart suspended Trump’s order last Friday.
The ruling from the 9th Circuit, which follows a hearing on the case on Tuesday, does not resolve the lawsuit, but relates instead to whether Trump’s order should be suspended while litigation proceeds.
Two members of three-judge panel that ruled were appointed by former Democratic Presidents Jimmy Carter and Barack Obama, and one was appointed by former President George W. Bush.
Either side could decide to appeal directly to the U.S. Supreme Court.
Trump had said the order was vital for national safety and criticized Robart, the Seattle judge, for suspending it.
Critics have called Trump’s ban discriminatory against Muslims and have questioned its value as a security measure. National security veterans, major U.S. technology companies and law enforcement officials from more than a dozen states backed a legal effort against the ban.
Ultimately the courts will have to address questions about the extent of the president’s power on matters of immigration and national security. Traditionally, judges have been extremely cautious about stepping on the executive branch’s authority in such matters, legal experts say, though some note that the implementation of this order presents unique issues.