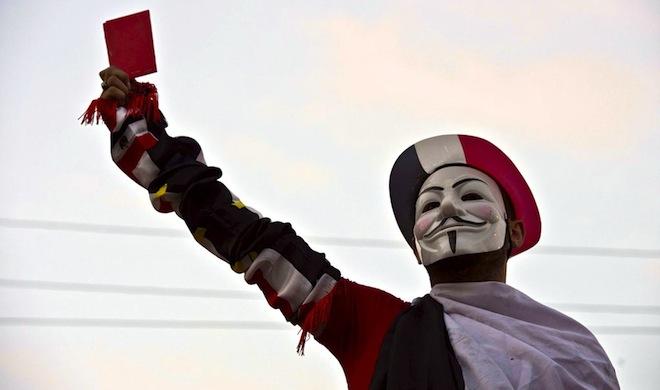 DEARBORN— While the United States faces a battle with fake news that reflects the misinformed vitriol definitive of the political climate, the Arab world has faced its share of ongoing problems of politicized and polemical misinformation.

The irony is that such false information, seemingly anti-government and oppositional in nature, is sometimes the most useful tool for governments seeking to entice fear and spread mistrust within their populations.

Though the Arab and Muslim world is not alone with the presence of conspiracy theories in media and society, such rhetoric is a common feature of disgruntled Arab political discourse.

Many of these rumors, myths and notions become popular amidst political turmoil or in times of great political discontent, where conventional explanations fails to explain unconventional social climates.

While U.S. foreign policy in the Middle East has been highly unfavorable, exaggerations and theories blaming everything on external conspirators have made their way from street lore to national news in some Arab states.

In December 2010, a shark attack swept the shores of the Sharm el Sheikh beach in Egypt, leaving one person dead and four others injured.

The attack, driving a blow to Egypt’s tourism sector, immediately began to prompt theories regarding the source of the attacks. Rumors that the Israeli Mossad instigated the shark attacks were not denied by Egypt’s governmental sectors.

“What is being said about the Mossad throwing the deadly shark in the sea to hit tourism in Egypt is not out of the question,” said regional governor Mohamed Abdel Fadil Shousha.

He admitted, however, that “it need[ed] time to confirm.”

The politicization of the isolated incident is common in Arab society, where narratives seek to rationalize all and any calamity in a volatile climate.

The legacy of civil war, leaving fissures in the framework of Lebanese culture and civilization, has accustomed the Lebanese to developing almost a sixth sense at repurposing and rebuilding their society from its ashes.

The most salient construction attempting to assuage the rifts between sects in a divided people has been that of narrative.

The push for a sectarian-based self identity, coupled with political instability in a fractionalized nation, provides the grounds for such theories to proliferate.

In Lebanon, it is common for members of certain sects to poise another group’s alleged affiliations with a proxy powers as the cause and culprit for Lebanese social and political woes.

“If you’re Christian, you’re blamed for Western influence, if you’re Shi’a, for Iran and if you’re Sunni, for the Gulf influence,” a Westland-based technician, who asked to be called Hammoud, 56, told The AANews.

In a country with as many narratives as there are sects and political parties, “everybody wants to defend their tribe,” said the technician, who visits Lebanon at least yearly.

In 2014, notions that the United States was directly behind the creation of ISIS ran rife in Lebanon.

The theory, popularized soon after ISIS declared its caliphate, spread from the anger over the power vacuum, instability and systemized incarceration by the United States in Iraq that enabled the spread of ISIS years later.

“My sister even rushed to order a copy of ‘Hard Choices,’” Hammoud said, referring to Hillary Clinton’s memoir, “because she heard, someone told her—I don’t know— somehow she was convinced that [Clinton] had admitted it in her book.”

Modern Egypt: Contemporary lessons yet to be learned

Hisham Kassem is one of Egypt’s most prominent pro-democracy progressive activists. He is also no stranger to the published word, having written and published for Cairo Times between 1997 and 2004. He was also heavily involved with “Al-masry Yawm” (“The Egyptian Today”) for three years before he left to pursue consulting work.

“Al-Masry Yawm” was, and continues to be, Egypt’s only truly independent publication. A staunch advocate of independent media unsullied by the polemic of the state, Kassem identifies political corruption as a culprit for much misinformation in Egyptian society.

“Manipulation of media by the governments of Arab countries [is] the biggest propagator of false information,” he said.

Whereas conspiracy theories can be seen as campaigns among quarreling sects in Lebanon to secure power through a dominant narrative, Kassem maintains that false information is a tool of Egypt’s military-based state to subdue dissenting voices.

“The idea is to make people think you have to put up with [their government] or things will go down the slippery slope,” he said, adding that by “always talking about Syria, Iraq, Yemen and countries in turmoil”, governments are able to convince their populations that “things could deteriorate…and that most of the problems [Egypt] faces are because of attempts to take us in that direction” by nefarious powers the Egyptian government refers to as “Ahl-Al Shahar” or “the people that are trying to ‘destroy Egypt.

In the face of persisting economic problems that have failed to quell discontent, Kassem noted that both the government and the people continue to find convenience in blaming external actors for internal problems.

“It is the big problem we have that we have just blame it on [an] outsider,” he said.

“Fake news”, a phenomenon and buzzword surrounding the 2016 presidential election, is not unlike the Arab world’s own problem with misinformation. Both are engendered by an altering of reality to subscribe to a narrative of disillusionment and disempowerment. If we are to deliver ourselves from an era of “alternative facts,” we must first uphold a just and equitable reality that shall render an “alternate” one unwarranted.