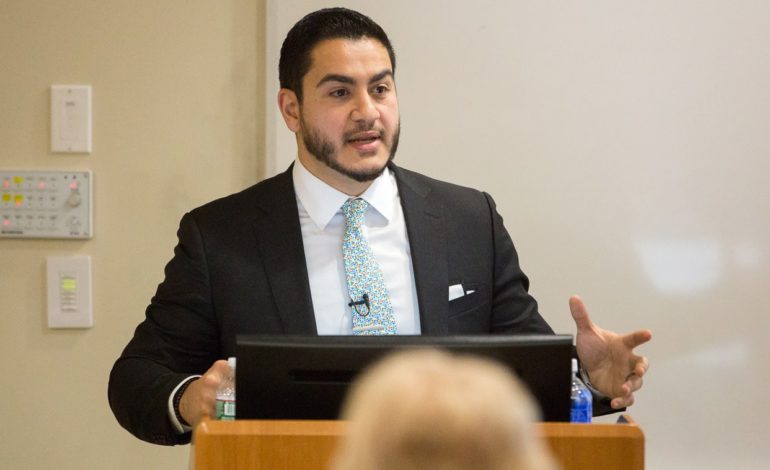 DETROIT— Public Health Director Abdul El-Sayed, a Democrat, told local media outlets that he plans to resign and run for governor in the 2018 election.

“Right now, I’m focused on taking care of our health department to make sure that I leave it better than how I found it and to make sure the transition is smooth,” he told Crain’s on Thursday.

El-Sayed said he sent a two-week notice on Monday, so his last day will be Feb. 17. In a few weeks, he will start building his campaign, organize a staff and formally publicize his run.

Born to Egyptian immigrants, El-Sayed told the Free Press that he believes his message of change and looking out for the defenseless will resonate with voters.

“I trust that people are really looking to something that will inspire them and I’m inspired by the people in this state,” he said. “I’m confident that people will recognize the truth of that and be a part of it.”

El-Sayed earned a bachelor’s degree in biology and political science from the University of Michigan and a medical degree from Columbia’s College of Physicians and Surgeons. He received his doctorate in public health from Oxford University.

Before Detroit Mayor Mike Duggan selected him as public health director in 2015, El-Sayed worked as an assistant professor of epidemiology at Columbia University.